Africa is being left behind, having received only 450million of the eight billion COVID vaccine doses distributed. 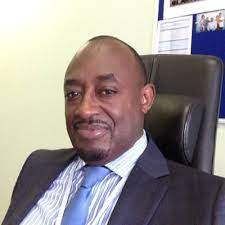 The African Union (AU) and the Africa Centre for Disease Control and Prevention (Africa CDC), organised the first CPHIA 2021, with over 10,000 participants from 140 countries around the world.

The three-day, conference featured presentations from African Heads of State and Government, dignitaries and leading health experts, who would discuss how to accelerate progress against COVID-19 and chart a new path forward for public health on the continent.

”With this, Africa will only reach 40 per cent coverage by mid-2023, unless something is done.

If countries continue to vaccinate people at the current pace…We are only going to reach 40% coverage sometime in May 2023. So we still have 1.5 year to get there,” Mihigo noted.

Also speaking, Mz Winnie Byanyima, Executive Director, United Nations Programme on HIV and AIDS (UNAIDS) said that the continent had continuously been at the back of the COVID-19 vaccine queue.

Byanyima stressed that over 65 per cent of people in rich countries were fully vaccinated; in Africa only eight were.

“At the start of this pandemic, it was COVID-19 killing people. Now it’s lack of access to vaccines.

“Now it’s lack of access to vaccines. It is almost two years since Africa reported its first COVID-19 cases. And just over one year since the first vaccine doses were administered outside of clinical trials.

“Since then, the unequal distribution of COVID vaccines has been a global moral failure.

”This is a repeat of what happened with antiretrovirals for HIV, when 12 million lives – most of them on this continent – were needlessly lost while lifesaving medicines remained out of reach for the global South,” she said.

She added that It was right that the continent must strengthen self-reliance in the development and manufacturing of life-saving technologies.

“We must never again find ourselves dependent on what other countries and pharmaceutical companies may choose to provide.

“The African Union is demonstrating strong leadership with the set-up of the Africa Vaccine Acquisition Task Team (AVATT), to strengthen the negotiating hand and to enable economies of scale.

We at UNAIDS have been supporting and championing this,” she added.

Read Also:  BEWARE: Too Much Sex Is Bad For You!

According to Prof. Ernest Aryeetey, Secretary-General of the African Research Universities Alliance,the rise of vaccine nationalism and the lack of productive capacity for vaccine in Africa implies there is the need to enhance capacity significantly.

Aryeetey, who is also the former Vice-Chancellor of the University of Ghana, said that the manufacturing of human vaccines in the Africa continent was low.

According to him, we want to be sure that every African researcher has access to facilities, access to people they can link up with, and are part of networks. We don’t to put your work in isolation, so these networks are vital to the future of Africa.

Oliveira added that communication between government, scientists and academic institutions was to ensuring the world heard about the Omicron variant within days of detection.

He gave an overview of how boosting genomic surveillance capacities in South Africa had helped the country build trust between scientists and government.

The CPHIA 2021 is a virtual event and is free for all participants. It will feature seven scientific plenaries and eight parallel sessions, and more than 40 side events that focus on the main pillars of the African Union’s New Public Health Order to meet the aspirations of Agenda 2063.