Alhaji Hakeem Olarenwaju is a pioneer member and former Chairman of the Council for the Regulations of Freight Forwarding in Nigeria (CRFFN). In this interview with Shipping Position Daily, he speaks extensively on factors limiting the success of the Council and also proffers solutions. 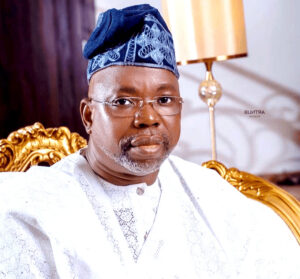 As a pioneer member of the CRRFN governing council and second Chairman of the Council, can you tell us why the CRFFN was created?

The council was created to professionalize freight forwarding in Nigeria, and for it to be of international best practice and as well create jobs and due to the revenue loss for the government, the government looked at it that they need to know the regulations, that’s why the government decided to create the council.

You are the second chairman of the Council; can you briefly tell us what your achievements were?

Well, we thank God; my achievement goes a long way and I am proud about it, it’s still achievement that is still within the council and that is why I am speaking up, because things are not moving well the way we projected. I didn’t singlehandedly achieve that, I achieved the successes with the council members; we were working like a team, so I had a great team who gave me that support because they know that I have the focus. Part of our achievement is that, firstly we were able to register in FIATA; that is the first time in our history to be registered in FIATA, secondly we were able to bring the Train the Trainer programme from FIATA to come and train us; even from the six geo political zones we got University lecturers to attend, we got practitioners from the associations to attend. We were able to create the management team for the CRFFN and we were able to employ even the registrar, if we had not employed the registrar and we did not create the management team, there won’t be nothing like CRFFN. We opened the first register of registered Freight forwarders and issued membership certificates, we accredited training institutions across the geo political zones, we had the first National freight forwarders summit, we set up the freight forwarders consultative forum, we created platform for international exchange of expertise, we built the first international networking programme.

Read Also:  “Our waters are dangerous in a way that even our locals don’t feel comfortable being there” – Emmanuel Maiguwa

What kind of CRFFN did you leave?

The government has structured what they want, it was mid-wife by Nigeria Shippers’ Council, some people met and went to defend it at the National Assembly, a lot of people have presented papers on what should be in CRFFN. So I think that was what is made up of the Act, so everything they want you to do is in that Act, so we followed the Act to the letter and from that Act, we were able to design regulations, so we were guided by the law, we were able to do retreat, we went to Akwa Ibom, we went to Senegal and as far as Kenya to meet other freight forwarders to see how freight forwarding is done over there, so we collected notes and even went as far as Spain. I used my contact to know how freight forwarding is being practiced overseas and that’s why we were able to do those things we did, and we didn’t derail from what the Act stipulated, and we were able to put up regulations, which were gazzeted. That’s the CRFFN we put in place, there should be continuity.

After you left office, it took CRFFN so many years to have the next set of governing council members, why is it so?

At times, nobody is 100% perfect, I always believe in government constitution, when they said, two years tenure, immediately it was two years, some of our members were asking for tenure elongation, I said no, I can only do elongation if its gazzeted by the National Assembly; the National Assembly said two years for any chairman, so we left, but we put up the management in place, headed by the registrar, but immediately we left, we expected him to conduct elections, but he said there was no money to do election, he was giving excuses that government has not passed the budget. So that was why, and since we left, the Act says the Minister will supervise, so the registrar then was reporting to the minister, so it’s now left for them to decide when they want to do election, it’s no longer our own responsibility to do election for the next coming council members, it’s the registrar’s responsibility to organise elections and not the council members; we are just to put things in place, and that is why I think the government hijacked it within the period.

What do you mean by the government hijacked the Council?

Will you say the CRFFN has achieved the objectives for which it was set up?

It has not, that’s why we are where we are now, because since the accreditation that we did for freight forwarders, by now we should be talking about training, have you heard of any training? The only thing we are hearing is that they are building edifices, is that what freight forwarding entails? I can rent a house in Apapa and start training from there, there are many ways to go about the training, we need to even know what is happening in Ghana, we need to know what is happening in Egypt, go and see what freight forwarding is today there, go to Dubai and see. After the first set of train-the-trainer programme, which we succeeded in doing perfectly, by now we were supposed to have finished OND going to HND in freight forwarding.

So what will you advise the current management of CRFFN to do?

I have said it several times, you cannot believe that, if I see the CRFFN registrar on the road, I can’t even recongnise him, even most of the council members I don’t know them. As at the time we were there, we were close to the people; before you tell people to come and pay any money, you let the people know the value, if they know the value, nobody will talk or protest, they will be happy, this is my profession until death do us part, I don’t have any job, that’s why I am talking. We have over 50,000 freight forwarders outside there, how many are professionalized, look at Customs today, 10 years back where are we with Customs, Customs has gone far, the next thing Customs is doing now nobody is aware, that is why CRFFN is supposed to be the hub that is giving us information about what is happening in the global world. Customs are getting their information through WCO and WTO, so they know what is happening about their profession globally, Customs is moving towards e- customs, by the time Customs starts the e-customs and we are still where we are today, we are in trouble because it will be a different ball game. By the time e-customs begins, do you know what that means, what is going globally now is e-commerce, you will see somebody will buy a vehicle from America, he doesn’t need a clearing agent to go and clear it, he just ships it, before the owners know he has paid the customs duty on the car. In the freight forwarding industry, Customs brokerage is like 5%, there are other areas, to make logistics and facilitate trade. Everybody is talking about congestion in the port. I mention it about five to six years ago that Customs does not add to the congestion in the port, if you have done your declaration correctly, under 24 hours, they would have released your cargoes, so there are some other elements holding that cargo in that port. There are many opportunities in freight forwarding and it’s an employment opportunity for the country, if it is well accessed.

Some people said the CRFFN has too many governing council members, do you agree?

That’s why I said earlier that the people who sat down and made the CRFFN Act, has it there about how many members will make the council, you can add and you can deduct, but everything you are doing you have to take it back to the National Assembly to be gazzeted, so it’s` an Act and you have to follow it to the letter.

Does that then justify the call for a review of the CRFFN Act?

Even people are calling for a review of the Nigeria Constitution; nobody is perfect, is only God that is perfect, we give kudos to people who have sat down to do something, we are not saying we are perfect, but we have put a landmark for people to follow. When you look at the structure of the council, if it had been follow the way it ought to be, by now you will not see people vying to say they want to be a council member. When I was asked to go and contest again, I told them I have been opportuned to be a governing council member, I have been opportuned to be the vice chairman, and second chairman, I said let’s give other people the chance, because their idea may be brighter than mine, but if I said I want to be there by force, that means there is trouble and that’s the problem we have in this country, when your time is up give other people the chance .