The Founder of the National Association of Government Approved Freight Forwarders (NAGAFF), Dr. Boniface Aniebonam has raised concerns over the forthcoming elections into the Governing Council of the Council for the Regulation of Freight Forwarding in Nigeria (CRFFN). 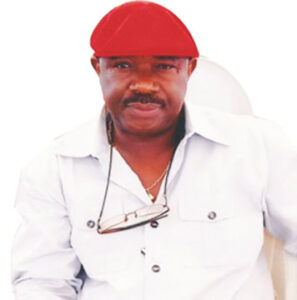 While addressing journalists at the NAGAFF headquarters in Lagos on Tuesday, Dr. Aniebonam noted that Abuja is not the most appropriate place for the elections looking at the state of insecurity in the country. He charged the CRFFN to take a second look at the venue by bringing it back to Lagos, the hub of freight forwarding business having the largest throughput of cargoes.

He said: “Abuja is not the most appropriate place to do this(elections) now, looking at the security of the state, I don’t think it is the most appropriate thing. In the last election, they were all done in Lagos. Lagos is the hub. The volume of people moving from Lagos to Abuja definitely will be too much. Not everyone will have the capacity to go by air. The road network is not too good in terms of insecurity. I think those who are involved in organising this particular election should take a second view of this and take appropriate decisions in that regard”.

Speaking on the modus operandi of the elections, the Founder of NAGAFF expressed his displeasure towards the massive recruitment of non-freight forwarders by those he referred to as ‘money bags’ for the purpose of winning the elections by all means.

He however called on the management of the CRFFN to use the existent Register prior to the date the CRFFN elections was announced in order to avoid electing unwanted persons into the system.

“What I am seeing now is unbelievable, even among NAGAFF people and I am not happy about that. Elections in Nigeria is such that voters are bought with money thereby resulting to not having the right candidates. The process of the CRFFN elections is now like that of elections in Nigeria, forgetting that CRFFN is a professional body. Now that there is election, you will find out that what is going on now is that even someone who is not a freight forwarder can be made to vote. We are not resolving issues as CRFFN will not go anywhere with this kind of practice.

“Those of us who fought for CRFFN knows what CRFFN is to resolve. But the way we have been going about CRFFN is making nonsense of every good job done by the wise men of the National Assembly. Today CRFFN is now an agency of the government, it is not supposed to be. But the court has made that pronouncement and it is not right” Aniebonam lamented.

The NAGAFF boss noted that the CRFFN has lost its relevance and statutory purpose of regulating the practice of freight forwarding. He also said the CRFFN should have carried out consultations and engagements with stakeholders of the registered associations before embarking on the elections.

Lamenting further, he said: “As a regulator, CRFFN is in a position to make a regulation wherein for every member of CRFFN, you must belong to any of the associations accredited by the Council. We have kept on advising and no one is listening. I begin to wonder on the place of the Transport minister. There are several ministries more important than the Transport ministry. What is the interest in CRFFN? If you have interest, help us to sharpen CRFFN to achieve the objectives of the government. For instance, CRFFN stands out to enhance port reforms. If you keep on reforming the port and you do not reform the practitioners, you will be building a castle in the air.

“I expect the electoral committee to seek the audience and interaction with registered associations which is the platform for a seamless administration, otherwise why did you register the associations if you do not know how to use them. I insist that if CRFFN will have to survive, I think they will have to leave Transport Ministry to the probably the Ministry of Trade and Investment because we are not going anywhere with this”, Aniebonam concluded.