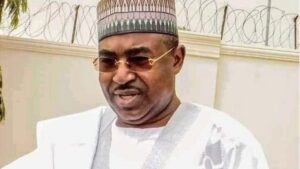 The Vice President of the association; Dr. Kayode Farinto in a letter, a copy of which was sent to our correspondent described the NDLEA boss as a round peg in a round hole while stating that his intervention in the fight against drugs and psychotropic substances is yielding positive result noting the recent seizures of drugs in our Ports.

He however charged the NDLEA officers to be more vigilant while also urging all licensed customs agents to be good ambassadors by shunning clearance of hard drugs in the port.

Farinto also called on the NDLEA boss to immediately begin sensitization programmes for the teeming youths in the country against the use of hard drugs.

The letter reads in the part: “The entire members of the Association of Nigerian Licensed Customs Agents (ANLCA) wishes to state that the appointment of Buba Marwa is a round peg in a round hole and it has begun to pay for the Buhari Government.

“We are delighted that his intervention in the fight against drugs and pschotrophic substances is yielding positive result. Particularly with the recent seizures of drugs in our Ports, NDLEA Officers are now charge to be more vigilant under his leadership. Hence we urge all Licensed Customs Agents to be good ambassadors by ensuring that you do not facilitates Clearance of hard drugs, psychotropic substances from our Port.

“Finally, we urge Buba Marwa to immediately begin sensitization programmes for our teeming youths, I wish that they will know that hard drugs can destroy their future” he said.