In a bid to provide respite to its members on issues regarding conflicts between clearing agents and the Nigeria Customs Service (NCS), including issues relating to government warehouses, the Association of Nigerian Licensed Customs Agents (ANLCA) has appointed Mr Olawale Cole, as the Senior Special Adviser to the National President on government warehouses. 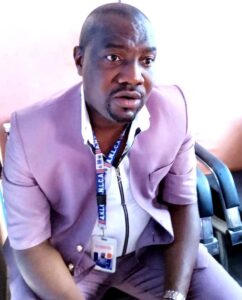 In the letter of appointment signed by the National Secretary of the association, Mr Babatunde Mukaila, he said the appointment takes immediate effect while urging the newly appointed offivial to see it as a call to duty and not as a tool for self-aggrandizement.

“I have been directed in line with Section 7(g) of ANLCA Supreme Constitution 2020 as amended, to convey the approval of Mr. President for your appointment as reference above and as a Sub-Coordinator Western Zone of Presidential Monitoring Task Force (PMTF), the ANLCA scribe said in the letter announcing the Cole’s appointment.

However, Cole, in a chat with newsmen on Thursday said the appointment was service to humanity, stating that the role as a sub-coordinator on Presidential Monitoring Taskforce is to support the chapters in their activities in facilitating clearing process, where there are hiccups or misunderstanding between the customs and clearing agents or within the chapters.

He said the presidential task force will intervene to ensure smooth free trade facilitation at the port.

“This is a sub coordinator role as Presidential monitoring task force, in western zone, on all government warehouses.

“The role is to support the chapters in their activities in facilitating clearing process, in case there are hiccups or misunderstanding between the customs and clearing agents or within the chapters anybody that calls for our intervention, we can always come in and assist.