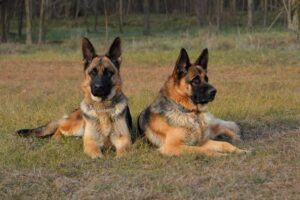 World Rabbies day is celebrated annually to raise awareness about rabies prevention and to highlight progress in defeating this horrifying disease.

The associations identified rabies as a neglected tropical disease (NTD), in the resource-poor settings and underserved communities of the world caused by the rabies virus.

They said rabies can be transmitted to humans through bites, scratches or contact with fluids from open wounds and can die if not quickly attended to.

“It has been reported to be responsible for the death of approximately 55,000 people annually.

“In Africa, rabies is responsible for over 21,476 human deaths per annum and 1.34 million disability-adjusted life years,”they said.

The associations said the theme was aimed at a more holistic approach to the attainment of the 2030 target of the Sustainable Development Goal (SDG) adopted with the goal of zero deaths.

They said that the NMA through her committee on NTDs, was collaborating with NVMA to raise awareness on the challenges and control of rabies in the country.

The association said the collaboration entails an improvement in the communication, management and control of animal and human rabies infection.

They said such measures would help in breaking the chain of transmission and ensure quick presentation of victims to the hospital/veterinary clinics.

“This collaboration is also aimed at ensuring a better synchronisation of records of animal and human rabies bites, as well as engenders more collaborative research on the control of rabies,“he said.

The associations advised that to prevent death, more widespread dog vaccination was required to attain 70 per cent vaccine coverage by the World Health Organisation (WHO).

They said that a better and prompt clinical and laboratory-based diagnosis strengthened by more researches in humans and animals, will provide the needed data for better policy formulation, monitoring and evaluation.