Elections may hold in April

Investigations by Shipping Position Daily have revealed that the over four years crisis that has rocked the Association of Nigerian Licensed Customs Agents (ANLCA) seemed to be finally coming to an end, as the two factions that have been at loggerhead have agreed to sheath their swords and resolve their indifferences amicably. 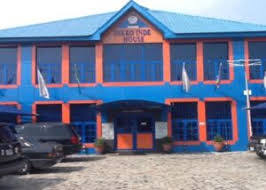 Our correspondent gathered that following the intervention of the Inspector General of Police (IGP), Usman Alkali Baba, the two factions have been meeting and deliberating on how to bring lasting peace to the association.

Our correspondent also gathered that following the intervention by the IGP, the two groups have had two separate meetings where they both agreed on “No Victor No Vanquished” settlement. This is even as the two factions have agreed to call for election into various national and chapters’ executive positions in the association.

Confirming this, the secretary of the Taiwo Mustapha-led factional Board of Trustees (BOT), Prince Taiye Oyeniyi, confirmed that indeed the two aggrieved factions have met and they are currently making beautiful progress on peace talks, as they have agreed to sheath their swords in other to bring the association back to life.

He explained that in other to close ranks, one of the agreements reached was that election must take place within the next three months, he, however, said the both parties are yet to take final decision on the composition of the board, noting that without the board, there can’t be an election.

He told Shipping Position Daily that, “Peace is a continuous exercise, a quarrel of over three or four years, even though if there is a world war, at the end of the day they will still sit at a round table to resolve it. Yes, the intervention of the Commissioner of Police as directed by the Inspector General of Police, said there is need for us to close ranks, we have held two important meetings and we have all agreed to bury the hatchet for now, to see how we can bring ANLCA back to live.

“One of the agreements is that there must be an election, whether we like it or not, if a tenure of four years becomes five years, something has to be done, so we have agreed, although we are yet to take a final decision on the composition of the board. You know, by law the board members are supposed to be nine , but one of us opted out to go and contest the presidency of the association, that’s the former President, Tony Iju, after that, the former chairman of the board opted out,  though the board is not notified, but the NECOM confirmed that he has stepped aside

“We also lost the former vice chairman of the board, Aare Sanni Shittu, so presently there is vacancy of four, so if things go well, in the course of our final discussion, there is likelihood of four people coming to join us, if that one happens; it means the board will be fully back, without the board there can’t be any election”.

He explained further that, “our (BoT) constitutional role is to supervise the election, while the NECOM is to be in charge of the day-to-day running of the association. I can confirm to you now that there is a very beautiful progress”.

“Hopefully, by the grace of God we will put our problems behind us, the Police even attended our meetings as an observer and they are equally happy that there is good progress and I want to sincerely appreciate the Commissioner of Police, CP Alabi”.

He disclosed further that, “the election has to be held between now and the next 90 days. Why we agree on Annual General Meeting (AGM) for the election is the fact that we have some elected chairman while they (other faction) too have elected chairman, we don’t know which one to be used out of the two, so our agreement is that since ANLCA background is a limited liability company, you cannot become a member of ANLCA without having a Customs license, so what that one implies is that we are going to kick start that as soon as we finish, for everybody to come and register with their current license to register and on the day of election whoever wins will be declared winner”.

“We can’t continue to do this without finding a lasting solution, as an elderly man and a stakeholder and somebody who wants the best for ANLCA, after this exercise there will be peace in the association” he said.

Speaking also, a member of the board headed by Taiwo Mustapha, Chief Ernest Elochukwu, also corroborated the secretary of the board. He explained that “Yes the Area Commander of Police Festac, called us and said that he was given a mandate to bring about settlement and let ANLCA move forward, and all the parties subscribed to that idea, then after the meeting with him, where some issues were raised, we were asked to go and have a private meeting between us”.

He added that: “So we went and had the meeting, and we agree on certain issues. First of it is that we agreed that the extra one year taken by NECOM  in as much as it is not constitutional, but we all agreed that it has already been there because in any situation, whenever something has happened , it is already running, but then, we agreed that the purported amendment to our constitution that led to the five years tenure of the NECOM is not acceptable. So in that case it was agreed that that the purported AGM in Owerri didn’t take place, however  we also agreed that in other to avoid vacuum that may happen at the end of this extra one year that  they have taken, there is need for us to hold election to constitute the NECOM, and then we agreed to bring nominees for the ASECO, then try to make sure that the election is held before April 16.

“We tentatively agreed that it will be an AGM election , and so there might not be any need as to which faction of chapter executives is to be the authentic one, so that’s basically what we agreed”.

“On the issue of the board, we presented a status report on the website of the Corporate Affairs Commission which showed that the board that was registered on the 16th of January 2020 is the subsisting board, so the police now on their own said they will get the status report to help them know which of the board that is subsisting and that is the board that will be allowed to take control of the association. The Police also advised that ANLCA should make their board to be like other boards, it should be purely advisory”, he said.

On his part, the secretary of the association, Mr. Babatunde Mukaila also said the two parties have been meeting on peace talk, while also confirming that the two factions have agreed that there should be an election into the various executives’ positions within the next 90 days.

Speaking on the formation of the Association Electoral Commission (ASECO) for the election, he explained that “It was agreed that the factional boards should nominate two members for the ASECO, while we also nominate our own also”, he said.