Mr Olaniyi Adigun, the President, AGHAN, made the request in a statement entitled ‘Ground Handling in Nigeria: Management Policy and Regulation’ issued in Lagos, on Wednesday. 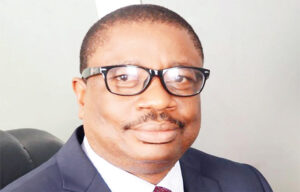 Adigun regretted that the two leading ground handling companies established in the country were not formed for profit making by their founding fathers, a situation which, he said, had negatively affected the sub-sector after privatisation.

Handling charges for a wide bodied aircraft went for as low as $3,000 for passenger flights, all comprising the lowest charged throughout the continent.

Reports have indicated that even the ground handling charges in Guinea, Senegal, Cameroon, Sierra Leone and Ghana for both narrow body and wide body aircraft were way ahead of Nigeria’s.

Adigun said that to change the narrative, it was important for the NCAA to put necessary regulations and policies in place that would usher in new handling rates for the sub-sector.

He explained that the new template should ensure improved operating standards, safety and security standards, establish minimum safety threshold handling rates within the sector, as well as create the enabling environment that would attract capital inflow into the sector, through local and foreign investments.

According to him, this will also encourage healthy competition among the players, without compromising safety, security and the economic interests of the nation.

“Any rates below the established safety threshold ground handling rates has the tendency to jeopardise safety and security and loss of revenue to the Federal Government.

“This is through the five per cent concessionary fees paid by the handling companies to the government.

“To achieve the aims already highlighted, it is our strong belief that both the NCAA and the various stakeholders should come together to put necessary regulations and policies in place.

“This include setting up of a minimum safety threshold handling rates in place, the ground handling sector will experience a rebirth. It will increase government revenue and create stability in terms of safety and security within the sector and the industry at large.

“This can effectively work out if the extant Nigerian Civil Aviation Regulation (NCAR) Act is amended to further empower NCAA to properly regulate the industry like the Central Bank of Nigeria (CBN)”, Adigun Added.

The AGHAN president also appealed to the National Assembly to expedite action on the passage of the NCAR presently before it, saying that this would further improve the Nigerian aviation industry and bring it at par with its counterparts in developed nations.