The modern bulk carrier was constructed at a Japanese shipyard in 2020. Before the ship’s delivery, Belships will make a $6m payment. 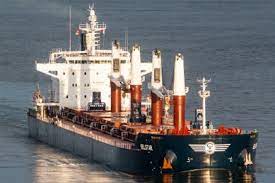 With options to extend for an additional three years, the vessel is funded through a time charter lease agreement for a nearly five-year fixed period.

Belships stated that ‘the agreement comes with an option to purchase the vessel at the end of the charter significantly below current market levels’, adding that there is no obligation to acquire the ship.

The delivery of the vessel is anticipated in the second quarter of the year.

The company is expected to realise a gain of around $10m in the third quarter of the year through the transaction.

Constructed in 2015, Belpareil is the oldest vessel in the company’s fleet. Delivery of the ship is scheduled for July.

Belships further noted that ‘the total net cash flow after delivery of the vessel will be around $28.1m’.

Both the divestment and acquisition deals are subject to the completion of certain steps by the concerned parties.

An owner and operator of geared bulk carriers, Belships has 29 Supra/Ultramax bulk carriers with an average age of around 3.5 years.