The U.S. Transportation Department’s Maritime Administration (MARAD) has completed its assessment of what ships are available to carry petroleum products from the Gulf to the Eastern Seaboard and is ready to review any Jones Act waiver requests, the White House said last week after a ransomware attack on Colonial Pipeline disrupted supplies. 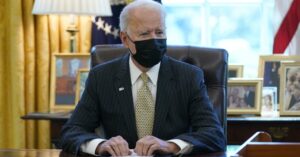 The Jones Act requires goods moved between U.S. ports to be carried by ships built domestically and staffed by U.S. crews.

The Department of Homeland Security must issue any waiver of the Jones Act and Secretary Alejandro Mayorkas said on Tuesday authorities wanted to be ready to act immediately.

“The Department of Homeland Security stands ready to review any temporary Jones Act waiver requests from companies that demonstrate there is not sufficient capacity on Jones Act-qualified vessels to carry fuel to the affected region,” White House spokeswoman Jen Psaki said in a statement.

A ransomware attack on the Colonial Pipeline last week halted 2.5 million barrels per day of fuel shipments in the most disruptive cyberattack on U.S. energy infrastructure. Biden administration officials have been working around the clock on ways to mitigate any shortages in the affected southeastern U.S. states, the White House said.

An interagency group met Tuesday night to discuss “the latest updates on fuel supply in the affected region, and steps that agencies have taken and are considering to further alleviate the supply shortages,” Psaki said.