A contract between the Nigerian Ports Authority and Integrated Logistics Services (INTELS), a company owned partly by former Vice President Atiku Abubakar has been terminated by President Muhammadu Buhari. 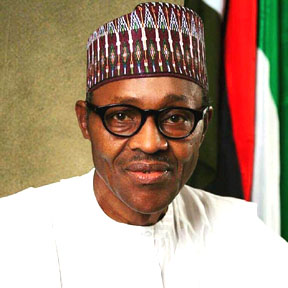 Integrated Logistics Services had won the contract to carry out the restoration of the boat pilotage for the Nigerian Ports Authority (NPA).

Intels, which is partly owned by Abubakar and an Italian national, Gabriele Volpi, won the pilotage contract in January 2021.

President Buhari reportedly cancelled the contract following legal advice from the Attorney-General of the Federation and Minister of Justice, Abubakar Malami (SAN).

The Director-General, Bureau of Public Procurement (BPP), and Acting Director-General, Infrastructure Concession and Regulatory Commission (ICRC) were also reported to have advised the president on the matter.

In a letter dated January 7, 2022, and signed by the Chief of Staff to the President, Ibrahim Gambari, President Buhari directed the termination of Intels contract with the NPA.

Buhari’s letter addressed to Malami and the Minister of Transportation, Rotimi Amaechi, directed that the procurement process initiated by NPA be forwarded immediately to the BPP for action within 60 days to avoid further loss of revenue.

The President added that the Ministry of Transportation should present a memorandum on the procurement process to the Federal Executive Council (FEC) for consideration.

He, however, directed the NPA to ensure that the sanctity of the agreements with respect to Onne 4 (Berths 9, 10 & 11) be maintained, as there is no subsisting contract with Intels for their utilisation.