The chief engineer of a bulker has been sentenced to a year in prison for ordering the discharge of about 10,000 gallons of oily bilge water over the side off the coast of Louisiana. 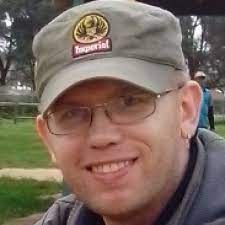 Chief engineer Kirill Kompaniets was in charge of the engine department aboard the Gannet Bulker during a voyage in early 2021. On March 13, the vessel was anchored in Southwest Pass, within U.S. waters. The ballast water treatment system (BWTS) had been giving the crew some trouble, and the engineers used the time to replace some faulty valves on the equipment. One of the valves failed when the crew opened it partially to inspect it, spilling water into the engine room where it mixed with oily waste in the bilges.

Kompaniets did not report this incident to the U.S. Coast Guard, and that night, he and a subordinate crewmember discharged about 10,000 gallons of untreated bilge water over the side using an emergency fire pump. He did not record the incident in the oil record book.

A crewmember of the Gannet Bulker notified the U.S. Coast Guard of the discharge. Before marine inspectors came to interview the crew and examine the ship, Kompaniets instructed his subordinates to give them a false story and to clean the bilges. He also ordered the destruction of the alarm printout for automatically logged equipment alarms for the time of the discharge, and he created a false oil record book entry which did not disclose the extent of the valve failure incident. He also asserted that the illegal discharge was conducted at the request of the master.

Kompaniets pleaded guilty to two felony pollution charges in May and admitted to an account of the events aboard ship.

“The intentional pollution of U.S. waters and the deliberate effort to cover up the crime are extremely serious criminal offenses that will not be tolerated,” said Assistant Attorney General Todd Kim of the Justice Department’s Environment and Natural Resources Division. “Prosecutions such as this one should send a clear message to those that would violate the law and endanger our precious natural resources.”

On Wednesday, Judge Nannette Jolivette Brown sentenced Kompaniets to serve a year and a day in prison, pay a $5,000 fine and serve six months of supervised release. The federal investigation into the incident is under way.