A 34-year-old clearing agent, Oluwatosin Quadri, was on Wednesday brought before a Sabo Yaba magistrates’ court in Lagos, for allegedly defrauding a businessman of N1.3 million on the pretext of clearing two cars from the Apapa port for him. 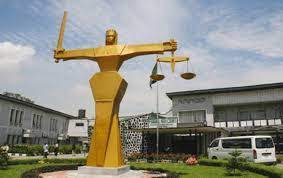 Quadri, a resident of Gbagada area of Lagos is facing a two-count charge of obtaining by false pretences and theft.

He, however, pleaded not guilty to the charge.

Police prosecutor, Insp. Patrick Ebri, told the court that the defendant committed the offences sometime in August at No. 25 Zainab Str., Medina Estate in Ifako area of Gbagada, Lagos.

He said the defendant was paid N1.3 million by the complainant, Mr Clinton Anyabelu, in order to clear a Hyundai Elantra and a Volkswagen Tonareg from the ports.

According to him, the defendant squandered the money and could not clear the cars, leaving them to attract demurrage at the port.

Read Also:  Another docked for N1.85Million

The offences contravene Sections 314 and 411 of the Criminal Laws of Lagos State, 2015 (Revised).

Chief Magistrate, Mrs F.O. Sasanya, admitted the defendant to bail in the sum of N500,000 with two sureties in like sum.

She further directed that both sureties must be residing within the court’s jurisdiction and be gainfully employed with evidence of three years’ tax payment to Lagos State government.

Sasanya adjourned the case until Nov. 4 for mention.