Some Customs clearing agents operating at the Seme border have lamented the constant face-off between smugglers and the men of the Nigeria Customs Service (NCS) around the border areas. This is even as they blamed this on the porosity of the border. 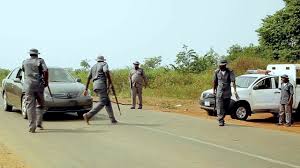 Speaking with our correspondent last week, a clearing agent at the border; Mr. Dele Tajudeen disclosed that there are over 50 unapproved entry and departure routes in bush paths between the border and Gbaji Bridge, along the Lagos-Seme international highway.

Tajudeen noted that over his three decades of working at the border, he has observed that the illegal routes are too many to be manned by the Customs. He said despite the vigilance and gallantry of the Customs officer at the border, smugglers still challenge the service.

He also hinted that most dare-deviled smugglers who smuggle petroleum products have suicidal and murderous tendencies and that they sometimes threaten to light-up the fuel and set both the officers and themselves ablaze.

In his words: “The smugglers are not only ready to kill, but also willing to die while in operation, especially those that smuggle fuel. They hardly run when the Customs officers strike. Instead they threaten to light up the fuel and set both the officers and themselves ablaze. And you should understand that the smugglers are also part of the Nigerian population that are multi-dimensionally poor. The Customs officers themselves are also human. They cannot go shooting and killing all the time”.

Another clearing agent who pleaded anonymity for obvious reasons, corroborated Tajudeen’s story and narrated a story of a Customs officer who almost lost his life to smugglers. According to him, the Customs officer whose name was given as MSA Abdullahi had taken the battle to the smugglers’ enclave at Gbaji village. He stated that immediately the smugglers sighted the Customs Patrol van, they trooped out in their numbers, armed with machetes, local guns, charms and other dangerous weapons.

The clearing agent added that the smugglers attacked the officer and his men and in the process, Mr. Abdullahi sustained a serious injury on his left arm.

Another clearing agent and Board of Trustees’ Secretary or the Association of Registered Freight Forwarders Nigeria (AREFFN); Mr. Innocent Elum, further advised the government to lift the ban on importation of automobiles through the land borders.

According to him, lifting the ban would reduce smuggling at the border and enable people who feed from the border activities to engage themselves legitimately.

“Government should allow importers to import through Seme by making necessary policy adjustments. The ban on importation of vehicles through land borders should also be reviewed. By the way, it is causing congestion in our ports and that comes with unnecessary increase in the prices of imported goods”, Mr. Elum said.

Other clearing agents at the border who spoke with our correspondent also called for a lift of the ban. Prince Charles Thomas and Mr Tino Esezebor were united in the view that the Federal Government should open the border for cargo clearance.