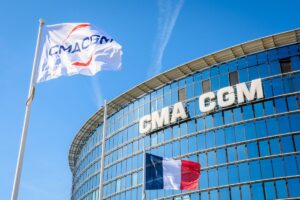 The payout to shareholders, including France’s Rodolphe Saade and family, was disclosed in the company’s financial statement for the nine months through Sept. 30. The dividends related to 2021 and the first half of this year.

The world’s No. 3 container line has benefited from an industry boom fueled by a surge in pandemic-related demand for consumer goods. While CMA CGM warned last week the upswing is subsiding as economic growth slows, third-quarter earnings were strong.

Net profit surged 25% to $7.04 billion in the period, lifting results for the first nine months of the year to almost $22 billion, an amount that surpassed the $17.9 billion record for the whole of 2021.

CMA CGM is headed by Saade, the son of the founder, and is 73% owned by the family through its Merit France SAS holding. Turkish family-owned company Yildirim Holding has a 24% stake and French state fund BPIfrance 3%.

Saade has been under pressure in France by some politicians calling for a windfall tax on the company. He told lawmakers at a hearing earlier this year that the shipping firm capped the dividend ratio at 10%, reinvesting 90% into the company. Through CMA CGM, he’s bought into logistics companies, Air France-KLM and even a local newspaper, saying that he’s eyeing more media assets.

He has lashed out at proponents of a special levy on the company, and CMA CGM has announced a series of initiatives, including easing freight rates in France and spending on environmental projects.

Despite the recent pressure, the billionaire has raised his profile in France. He’s traveling to the US this week with President Emmanuel Macron as part of a business delegation that also includes the son of luxury tycoon Bernard Arnault, and telecoms billionaire Xavier Niel.

With a private fleet of some 584 vessels, the Saade family is worth $16 billion, according to the Bloomberg Billionaires Index.