After more than a year and a half when only a third of containerships were reliably on schedule, the industry is showing strong improvements reaching schedule reliability levels not seen in 20 months. Nearly half of containerships were reliably on schedule in August 2022 and the average delay also continues to dramatically improve as the industry reports declines in volumes and a retreat from the surge experienced in 2021. 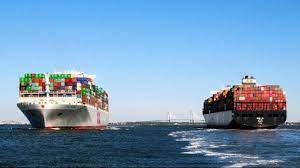 “Global schedule reliability continues to trend upwards, recording the largest month-over-month increase in 2022,” highlights Alan Murphy, CEO of Sea-Intelligence. “The average delay for late vessel arrivals has been dropping sharply so far this year,” he notes falling to the lowest level since April 2021 and only the second time in 20 months that it has been below six days.

Sea-Intelligence has been highlighting the persistently low level of schedule reliability for the container carriers for all of 2021. It reached a low point in January 2022 when less than one in three vessels was reliably on schedule. The firm analyzes schedule reliability across 34 different trade lanes and more than 60 carriers.

The monthly figures for August 2022 show a nearly six percentage point increase with the overall average for schedule reliability reaching 46.2 percent. While it has been in the 30s for all of 2021 and so far in 2022, schedule reliability remains significantly below the industry’s historic average when more than two-thirds of vessels were on schedule. Sea-Intelligence’s data shows that the recent peak was over 80 percent schedule reliability in the second half of 2019.

Among the individual carriers, Maersk continues to show the best schedule reliability with 53 percent of its service while half of the top 15 carriers were all above 40 percent in August 2022. As was also reported last month, carriers based in Asia, including Evergreen, OOCL, Wan Hai, Philippines International, and COSCO reported the strongest year-over-year improvements with each up at least 100 percent versus August 2021. The average for the top 15 jumped from just 25 percent schedule reliability in August 2021 to nearly 41 percent this year.

“In August 2022, average delay improved sharply once again, dropping by -0.57 days month-over-month to 5.86 days,” notes Murphy. “This is now the first time that average delay has dropped below the 6-day mark since April 2021.”

It remains to be seen if carriers can continue these improvements as container volumes continue to decline despite the sector being in what is traditionally a high season leading up to the end-of-year holidays. Confronted with over capacity for the first time in two years, carriers are increasing their use of blanked sailings again and consolidating routes. This week, both MSC and Maersk announced that they would be suspending routes from Asia to manage capacity and reduce the number of vessels which should further reduce port backlogs. MSC is combining service on Asian routes to California while Maersk is taking a similar approach for a route to the U.S. East Coast.

The reduction in the number of vessels arriving at U.S. ports, especially on the East Coast where Savannah and Charleston have been experiencing the largest backlogs, could contribute to further schedule improvements. Vessels, however, will also be consolidating volumes to maximize capacity utilization which means that the vessels will still require longer port times to handle containers.