The Federal High Court sitting in Abuja has dismissed a suit seeking for tenure elongation for members of the governing council of the Council for the Regulation of Freight Forwarding in Nigeria (CRFFN). 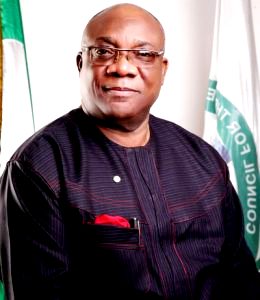 In the Certified True Copy of the judgment, which was officially obtained by Shipping Position Daily, the judge, Justice N.E Maha, dismissed the suit for lacking merits.

The Judge also declared that the interpretation of the Act of the CRFFN allows only for two years’ tenure and not four years.

The President of the National Association of Approved Freight Forwarders (NAGAFF), Chief Increase Uche, and the incorporated trustees of the Association of Nigerian Licensed Customs Agents (ANLCA) and one Bamidele Azeez, had dragged the Registrar of the Council; Barr. Sam Nwakohu, the Minister of Transportation; Mr Rotimi Ameachi, and the Chairman of the Council, Col. Tsanni Abubakar (rtd) to seek the correct interpretation regarding the tenure of the governing Council members.

The plaintiffs had approached the court seeking to be in the Council for four years instead of two years, while also asking the court for an order restraining CRFFN from dissolving and reconstituting membership of the council’s governing council. 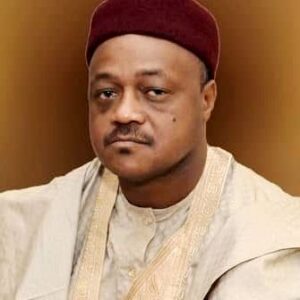 Upon the determination of the questions, counsel to the defendants (Rotimi Ameachi, Tsanni Abubakar, and Sam Nwakohu); Mr. Piribonimibo Isaac Harry, submitted two issues for the court’s determination.

He sought the declaration of the court as to whether Chief Increase Uche and Bamidele Azeez, have the locus standi to bring up the issue of the tenure, given the fact that the tenure of their alleged membership in the governing council was completed on the 1st of November 2020, also whether given the circumstances of the case, the plaintiffs are entitled to the reliefs sought in their originating motion.

Justice N.E Maha, informed that the Incorporated Trustees of Association of Nigerian Licensed Customs Agents (ANLCA), did not place evidence before the court to establish its corporate existence, while adding that the incorporated trustees of ANLCA is not a competent party before the court stating that the association cannot kick-start a legal suit without establishing its legal status.

Stating further, the judge informed that the four year term stated in the Act, is for a transitional and transitory period and does not apply to persons elected under section 2 (1)g of the CRFFN Act.

Read Also:  “I Was Innocent Of Charges Against Me, I Felt Betrayed By My Ordeal At NIMASA” – Ex-DG Temisan Omatseye

He further said that, subject to the provisions of the Act, a member of the governing council shall hold office for a period of two years beginning with date of his appointment,