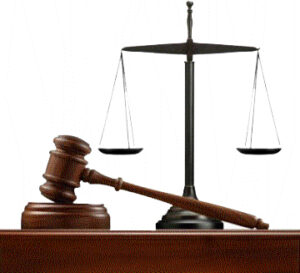 The Magistrate, Mrs S.K Matepo, who did not take the Hnonfo’s plea, ordered that he should be remanded in Kirikri Correctional Centre.

Matepo directed the police to send the case file to the state Director of Public Prosecutions (DPP) for advice.

She adjourned the case until Dec. 20 for the DPP’s advice.

The defendant, who resides at Yaba area of Lagos, is charged with conspiracy and armed robbery.

The Prosecutor, ASP. Clifford Ogu, told the court that the defendant committed the offences with some others still at large on Oct. 17, at Makoko, Yaba, Lagos State.

Read Also:  China To Increase Basic Salary Of Seafarers By 7% From Next Year

Ogu said that the defendant stole the engine, property of Mr Charfet Olope.

“The defendant and his gang, who accosted the complainant with their boat, attacked him with sticks, stole his property and sped away.

“The complainant quickly alerted some other fishermen, who chased them and caught the defendant.

“His accomplices escaped with the boat engine,” the prosecutor said.

He said the offences contravened Sections 297 and 299 of the Criminal Law of Lagos State, 2015.