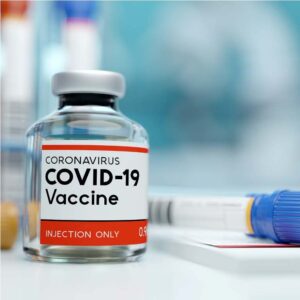 Odunola, who made the clarification while speaking with newsmen in Ilorin, said that “such rumours were peddled by unscrupulous elements to discourage people from taking care of their health.”

The message claimed that Nobel Prize Winner, Luc Montagnier, confirmed that “there is no chance of survival for people who received any form of the vaccine.”

He said the vaccine had gone through series of tests before being administered to people.

He added that “the Federal Government also carried out a lot of laboratory tests to ensure there won’t be any side effects on
people.”

The medical doctor, who affirmed that people react to the COVID-19 vaccine differently, noted that “the reaction does not mean death.”

He wondered if influential people across the world, including government officials, traditional rulers and other cosmopolitan people who voluntarily took the jab would ever do such when they knew what was at stake.

The director appealed to staff of University of Ilorin and the entire community to always make themselves available whenever another batch of the COVID-19 vaccine was available.

He lamented that out of about 5,000 staff members of the university, not more than 500 received the vaccine.

Odunola assured them that they would not regret taking the jab anytime in their lives.

He also appealed to Nigerians, especially youths, to use more of their brain instead of their energy to live longer.

He said “poor diet, the lack of proper medical care, nonchalant attitude to one’s health and abuse of energy given by God are some of the factors responsible for the reduction in life span.”