Home » Customs Board Approves Appointment Of 3 ACGs, Promotes Spokesperson, 1, 489 Others

Customs Board Approves Appointment Of 3 ACGs, Promotes Spokesperson, 1, 489 Others

The Board of the Nigeria Customs Service has approved appointment of three Assistant Comptrollers General (ACGs). 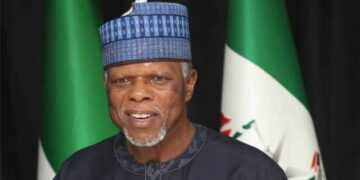 This is contained in a statement by Superintendent of Customs, Mr Abdullahi Maiwada on behalf of Customs National Public Relations Officer, Mr Timi Bomodi on Wednesday in Abuja.

Maiwada said 1, 490 senior officers of general duty and support staff to various ranks were also promoted, among whom was the Customs Spokesperson, Mr Timi Bomodi.

A breakdown of the appointments according to Maiwada include ACG Greg Itotoh, ACG Festus Okun and ACG Shuaibu Ibrahim.

Maiwada further said in a similar development, the management  of  the service had earlier approved the promotion of 1, 252 men within the ranks of inspectors and  customs assistant cadres.