The Comptroller General of Nigeria Customs Service, Col. Hameed Ali (rtd) has pledged to support the Service’s Command and Staff College in all ramifications, to enable it run its activities successfully, and produce professional officers. 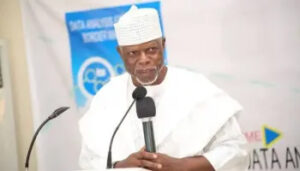 The CG said this at the combined graduation of 2022 Senior Course 7 and Junior Courses 12 of the Nigeria Customs Command and Staff College, Gwagwalada, Abuja last week.

He explained that the reform being undertaken in the area of capacity building was meant to complement the administrative transformation in staff posting and promotion.

The Comptroller General, who talked about the service’s process of promoting its staff, said that the new graduates will be strategically deployed for optimum results stressing that their performance will serve as a benchmark for quality assessment of staff members.

He tasked the new officers to develop themselves, especially in computer literacy, as the service has already ventured into full digitalization, adding that the service will continue to support the college to accomplish its target in 2023.

In his welcoming remark at the occasion, the Assistant Comptroller General and Commandant of the College, Bashir Adewale Adeniyi, applauded the efforts of Comptroller General of the Nigeria Customs Service, Col. Hameed Ali (rtd) especially in the Service’s fight again economic saboteurs.

Read Also:  UN Adopts Global Convention On The Sale Of Ships By Courts

He said that the impactful intervention granted by the Comptroller General to the College will never be forgotten, adding that the college has undergone multiple renovations, the building of new hostels, and improvement of staff welfare and power infrastructure.

The Commandant also congratulated the CG over his recent conferment of the National Award by President Muhammadu Buhari and appreciated the good character, diligence and sacrifice of the students.

Also, the Chief of Defence Staff, General Lucky Leo Irabor, who was the special guest of honor at the occasion, urged the graduands to use the training they had received to impact positive on their work environment and yo raise the standard of professionalism.

He also stressed the need for further collaboration between the Armed Forces and the Nigeria Customs Service to achieve greater success operationally and administratively.