Customs Seizes Cars And Consumables Worth N755m In Niger – Controller

The Nigeria Customs Service (NCS), Niger Area Command says it has seized more than 101 units of exotic cars, cloths, rugs and consumables worth N755.3 million in different part of the area. 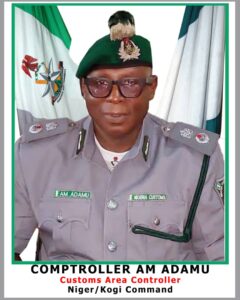 Presenting they seized items at the command’s headquarters, Minna before newsmen on Monday, Comptroller Abubakar Adamu said that the command had deployed measures toward ensuring that “the area becomes unbearable to any form of smuggling activities”.

According to him, 140 rolls of foreign rugs, 50 bales of second-hand clothing, 920 kegs of petrol, eight motorcycles and 200 pieces of used tyres are also seized.

He also stated that with the posting of the Post Clearance Audit (PCA) and valuation officers to the command, the command had been able to recover N74,919,135 from demand notices and disposal of seized petrol.

Adamu warned the smugglers that the federal government’s directive on border closure is still in force in Babanna which is the only border station in the command, stressing that there would be no export or import activities through border until further notice.

“Let me again warn smugglers and criminal elements that we will always discover all illegal routes they use for their nefarious activities, make seizures, arrest and cripple their illegitimacy”, he said.

Adamu further said that the command had contacted traditional rulers, especially those at border areas to warn their wards and subjects to desist from smuggling while the youth in the border communities are being enlightened on the ills of smuggling and other related vices to the Nigerian economy.