The Nigeria Customs Service (NCS) says it made seizures of various items with a Duty Paid Value (DPV) of N54 million from June to date in Zone B, covering Kano/Jigawa axis, a top official of the NCS s has said in Kano. 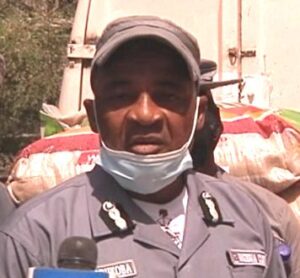 DC Oseni Aliyu-Olorukoba, coordinator of the Comptroller General of Customs (CGC) Strike Force Zone B, stated this on Tuesday, at a news briefing on the unit’s achievements in the three months since June.

He urged traditional rulers in the area to enlighten their subjects to understand that smuggling was an act of sabotage of the nation’s development and revenue drive.

“Pursuant to the CGC’s zero tolerance policy on smuggling, the CGC Strike Force, Zone B, is here to carry out the CGC’s order to ensure that we stamp out any manner of smuggling along Kano/Jigawa axis.

“This is a warning to any would-be smugglers to put a stop, because there is no where for them to hide. Such groups will not only lose their investments, but also be arrested and charged to court for prosecution,” he said.

Aliyu-Olorukoba decried incessant attacks on NCS personnel while on duty by suspected smugglers, saying that the media should intensify their efforts at enlightening the public on the dangers associated with smuggling.