Home » Do you agree that SON, NAFDAC, and others should return to the port?

NAFDAC is already operating at the port. It is only SON that has not been given full access into the port. Looking at the two agencies, I think SON has more critical roles to play and their relevance at the port is needed more. There is no need to deny them from the port to check the influx of substandard and fake products. SON is much more important at the port than NAFDAC. Due to the nature of port operations at the moment where there is partial deployment of technology, there is a need for SON to be at the port. But when technology is deployed, I think there should be some exemptions. But for now, we are in support that SON should get back to the port. 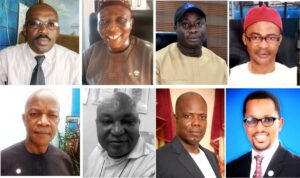 There is no basis for their return. All transactions are visible to them by single window platforms. They can request further check at the importer warehouses, in case they are in doubt of any transactions. Moreover, they have their personnel at examination points already.

What are they coming to do? The Government has said they should reduce their presence at the port because of some operational issues. Customs are to call for their presence when the need arises. We need to be more organized in this country.

That is why we have automation. If Customs sees anything, they will call the authorities who are involved. That is how they do it everywhere in the world. The NDLEA is in the port because their job is quite different from NAFDAC. NDLEA regulates the influx of hard drugs unlike NAFDAC that deals with registered drugs which can be verified outside the port through automation.

Both the SON and NAFDAC play vital roles in the lives of Nigerians and the economy. I have been an advocate of the two agencies of government returning to the port. The roles they play show that they are two vital organizations that need to be in the port especially in view of the security challenges we are facing in this country. A lot of substandard goods and hard drugs come into the ports and border stations. Although we cannot rule out the fact that there is corruption in the port which is one of the reasons many agencies are striving hard to come to the Port.

The truth is that we are not sincere in Nigeria. Hence, they are there to checkmate standards but end up extorting money from people and not enforcing the standards. They have always been at the port and border stations all the while.

Unfortunately, the world has gone beyond agencies’ physical presence in the port. It must have been an afterthought for anyone proposing such now, because we cannot be dragged back to the stone age. Interestingly we are presently proposing that the operations of the port should be automated. How can anybody be proposing analog operations again? There is no reason NAFDAC, SON or any other agency should return to the port.