Home » Dockworkers Arrested by NDLEA No Longer Our Members – MWUN

Dockworkers Arrested by NDLEA No Longer Our Members – MWUN

The Maritime Workers Union of Nigeria (MWUN) says some dockworkers who were recently arrested by the National Drug Law Enforcement Agency (NDLEA) in connection with importation of drugs into the country are no longer members of the union. 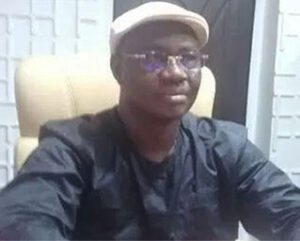 President General of the union; Comrade Adewale Adeyanju told Shipping Position Daily exclusively last week, that the union was shocked about the outcome of preliminary investigations into the involvement of the dockworkers in drug trafficking.

Recall that, the NDLEA had arrested and detained 12 dockworkers over the importation of 32.9 kg of cocaine valued at N9.5 billion.

The dockworkers were arrested along with 21 Thai nationals by the NDLEA, following an intelligence report from the United Kingdom border force.

Recall that, the NDLEA had secured an interim order from a Federal High Court in Lagos for the seizure of MV Chayanee Naree, a vessel used to import the cocaine into Nigeria.

The court had also granted a request to detain Tanahan Krilerk, the master of the ship, 21 foreign crewmembers, and the dockworkers.

The Maritime Workers Union of Nigeria had initially raised alarm over the continued detention of the dockworkers by the NDLEA.

But last week, the union’s PG; Comrade Adeyanju said the involvement of its members was unfortunate

“Unfortunate in the sense that when you have 12 children, you don’t expect all of them to behave the same way”, he said.

He said: “We should not use the port as a bay for trafficking in illicit drug that it is going to damage the name of the union and even our country. This is because if the Western countries see our port as a place where people bring in narcotics, they might not be happy with us and our relationship with them will be sour”.

Adeyanju disclosed that, initially the union had thought that the dockworkers were not involved and that they were wrongly arrested.

He explained that, “our concern over them (dockworkers) before was that a finger that does not commit an offense should not be cut off, but due process should be followed in investigating the issue properly”.

On the fate of the affected dockworkers, the MWUN said pointedly: “The laws of the land are very clear. So anybody that is involved should go and face the consequences in court. Those that are innocent and not involved should be given a fair hearing and get them released. When they come out, they cease to be our members. That is their punishment. So that other dockworkers, not only dockworkers but any member that has anything to do with drugs, when he or she is free from the court, he ceases to be a member of the Maritime Workers Union of Nigeria”.

He added that, “commendations should be given to the Chairman of NDLEA for being proactive enough to fish out all those people trying to turn the country upside down in the name of illicit drugs”.

He also said that the MWUN is willing to partner with the NDLEA in the fight against drug. “We are going to support them in fishing out the bad eggs within the ports. If the concentration is more at the ports, what about the jetties, Port Harcourt, Calabar, or Onne? I think there should be a tripartite committee that will work hand in hand with NDLEA”.