Home » Don Calls For Establishment of Road Authority As Panacea To Cargo, Haulage Challenges In Nigeria

Don Calls For Establishment of Road Authority As Panacea To Cargo, Haulage Challenges In Nigeria

A Professor of Transport at School of Transport at the Lagos State University (LASU); Professor Odewunmi Samuel has called for the establishment of Road Authority as a solution to challenges of cargoe and haulage movement in Nigeria. 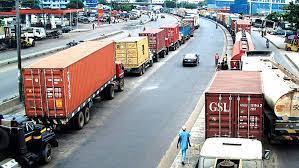 Prof. Odewunmi while speaking at a recent delegate convention of the Council of Maritime Transport Unions & Associations (COMTUA) 2021 in Lagos, stated that there is need for the government to establish a Road Authority that will oversee the transport sector of the country.

He explained that if the water transportation and the aviation sector can have their own authorities, he said the road sector should not be left out. This is even as he informed that the cargo and haulage business will play critical role in the African Continental Free Trade Area, and as well as the promotion of ease of doing business.

He added that the African trade area could have a combined Gross Domestic Product of about $3.4 trillion, but said achieving the full potential depends on significant policy reforms and trade facilitation measures across the continent as it pertains to the cargo haulage sector of each country.

He noted that Nigeria’s poor economic ranking on ease of doing business in the world has further given reasons the government must pay attention to the cargo and haulage sector of the country.

He said: “The road should also have its own authority, if we have Nigeria Inland Waterways Authority for our waters and NAMA for the aviation sector, why shouldn’t we have a road authority?

“We are talking about the AfCFTA. The trade area could have a combined Gross Domestic Product of around $3.4 trillion, but achieving the full potential depends on significant policy reforms and trade facilitation measures across the continent as it pertains to the cargo and haulage sector of each country.

He listed some of the challenges of cargoes and haulage movement to include, problems of road transportation, poor maintenance culture, establishment of Road Authority, road congestion, enforcement of urban and regional planning laws, inadequate and ineffective security of cargoes, pilfering and smuggling of cargoes by illegal port infiltrators, inadequate cargo handling capacity among others.