The Independent Petroleum Marketers Association of Nigeria (IPMAN) Hs assured that its members would not embark on a nationwide strike as speculated. 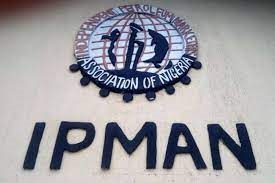 Osatuyi said it became necessary to debunk the insinuation that lPMAN members planned to shut down their stations.

According to him, the Nigerian National Petroleum Company Ltd. (NNPCL), is committed to selling directly to IPMAN members at official rate of ex-depot price.

He said the backlog of IPMAN members’ tickets, which was over 2,000 presently, was being cleared.

Osatuyi said, “Nigerians should not engage in any panic buying as we are entering Christmas period.

“Our wide network nationwide makes us the perfect outlets to ensure sustained distribution of petroleum products across the country.”

Reports that on Dec. 10, the Ogun State chapter of IPMAN threatened to shut down all its outlets across the state over an ultimatum issued to marketers by the Department of State Security (DSS).

The DSS had directed all petrol stations nationwide to sell fuel at the regulated price, and threatened to shot down defaulting stations.

Correspondents who also monitored the fuel situation in Lagos metropolis reports that queues are gradually easing off in some filling stations.

Only the major oil marketers are selling petrol at regulated price between N169 and N170 per litre, while staions belonging to Independent marketers still sell between N220 and N260.

Also observed that selling of petrol on highways, “black market” is gradually coming to an end.

Reports that massive loading of petroleum products is going on at Apapa and dockyard depots by marketers to various states.