Economist and Private Sector Advocate, Dr Muda Yusuf, has counselled the National Assembly and the Federal Ministry of Finance to halt moves to impose excise duty on any segment of the Nigerian manufacturing sector. 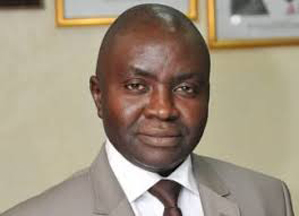 Yusuf, also the former Director-General of the Lagos Chamber of Commerce and Industry (LCCI), gave the advice in an interview with the News Agency of Nigeria (NAN) on Monday, in Lagos.

The Comptroller-General of the Nigeria Customs Service(NCS), Col. Hameed Ali (rtd), had on Sept. 1, at the 2022–2024 Medium Term Expenditure Framework [MTEF], proposed the introduction of excise duty on soft drink production in the country.

Yusuf, however, described the move as ill-timed, inappropriate and detrimental to the growth of the manufacturing sector.

He stated that the proposal was also a negation of the economic recovery and job creation objectives of the federal government and detrimental to the job creation and poverty reduction commitments of President Muhammadu Buhari.

“Many upcoming small businesses in the beverage sector would be hard hit by this proposal. The millions of micro enterprises in the soft drinks’ distribution chain will be adversely impacted by the imposition of the excise tax.

“The reality is that Nigerian manufacturing companies are going through tremendous stress at the moment, affecting sales, turnover, profitability, shareholder value and the sustainability of investments in the sector.

“The sector has excellent potentials for accelerated growth job creation and this outlook should not be dampened by the imposition of additional tax.

“The norm globally now is to provide incentives for industries to aid their recovery from the shocks of the pandemic and we cannot afford to be doing the exact opposite,” he said.

Yusuf stressed that the economy was still in a recovery phase, with many manufacturing companies yet to recover from the shocks and dislocations inflicted by the pandemic and the recession that followed.

He noted that the manufacturing sector offered a good platform for the laudable aspirations of President Buhari to create jobs and lift people out of poverty.

The industrialist, however, noted that if the burden of tax became excessive and unbearable on the sector, the achievement of job creation and alleviation of poverty promised by the president would be difficult to achieve.

“Manufacturing contribution to Gross Domestic Product is still less than 10 per cent and the growth recorded in the sector in the second quarter of 2021 was a mere three per cent.

“It is worthy of note that manufacturers are already paying numerous taxes and levies which puts a lot of pressure on them.

“Some of the taxes and levies that are already being paid include: corporate income tax of 30 per cent, education levies of two per cent, Value Added Tax (VAT) 7.5 per cent, withholding tax, land rent, environmental tax and numerous unofficial taxes imposed by touts and area boys.

“There are also issues of extortions as a result of the check points around the country, multitude of fees and levies imposed by many other government agencies at the Federal, State, and Local Government levels.

“Given the strategic importance of manufacturing to an economy, what the sector needs at this time is more stimuli to ensure better contribution to the GDP,” he said.