The Federal Government and operators in the downstream oil sector are all culpable for the nationwide prolonged scarcity of the premium motor spirit, popularly called petrol, the Petroleum and Natural Gas Senior Staff Association of Nigeria has said. 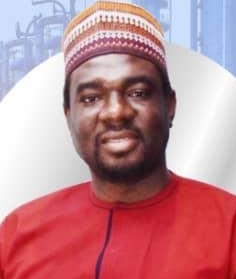 Oil sector operators in the downstream include: the Nigerian National Petroleum Company Limited, the Nigerian Midstream and Downstream Petroleum Regulatory Authority, as well as major and independent oil marketers, depot owners, among others.

PENGASSAN, a major union in the oil sector, also stated that the operators were looking for ways to hike the cost of PMS, but stressed that this would be opposed by the union.

The union’s President, Festus Osifo, spoke in Abuja on Thursday at PENGASSAN’s national executive council meeting that was called to address the implications of the numerous challenges confronting Nigeria and oil workers.

The group further opposed the proposed increase in the salaries of lawmakers and other politicians, while calling on the Federal Government to halt its ‘reckless borrowing’.

Speaking on the incessant fuel shortages and price hike, Osifo said, “The persistent shortages of PMS across the country has become a source of pain to the Nigerian people as the current shortages are being perpetuated by players in the downstream sector in order to hike the price far above the government approved threshold.

“It is an added problem when non-state actors begin to arrogate to themselves the power to determine the price of a litre of fuel far above the rate pegged by the government in the current subsidy regime.

“It is more disturbing that the government is equally demonstrating high level of culpability in the unwholesome situation by its silence and unwillingness to frontally and publicly address the harrowing experiences of Nigerians in the current situation, because no concerned and responsive government will bury its head in the sands like the proverbial ostrich while the citizens are being brutally exploited.”

Osifo added, “We demand that the various security agencies, especially the men of Nigeria Customs Service and immigration charged with manning the nation’s borders, act professionally and in dictates to their oaths of allegiances to stop the high rate of smuggling of the products across the West African countries”.

“The various depots and other storage facilities, especially those owned and operated by the NNPC, should be upgraded and made accessible to all operators to lift the product”, he said.