ESG Rules, Rather Than IMO Regulations, Will Nudge Shipping To Net Zero 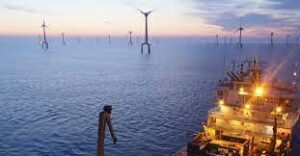 Almost daily announcements of new national and company net-zero targets, green finance rules, and sustainability frameworks are aligning policy and capital allocation decisions with the urgent need to tackle climate change. The groundwork is being laid for a profound transition in the world economy, away from dependence on fossil fuels towards renewable energy, the early stages of what Fink frames as ‘a long but rapidly accelerating transition – one that will unfold over many years and reshape asset prices of every type.’

Climate change is only one of many environmental, social and (corporate) governance (ESG) issues facing shipping companies, but it is one the industry is rightly focused on, both because it represents the greatest long-term commercial risk and because of stakeholder stipulations. These are really two sides of the same coin: the more stakeholders ratchet up demands via initiatives like the Poseidon Principles and the Sea Cargo Charter, the greater the risk to those companies unable or unwilling to adapt.

At the same time, as several speakers at the Marine Money London conference in January noted, the energy transition represents a huge opportunity. ‘The winners will be those that find the most cost-efficient way of decarbonising shipping,’ declared one shipowner. And only those satisfying the requirements of rapidly evolving ESG and sustainable finance rules and considered sufficiently ‘green’ (for example under the EU Taxonomy Regulation) will have access to bank finance on competitive terms.

Transparency around these issues is becoming essential. Investors, regulators and other stakeholders want to know how corporate strategies align with ESG frameworks such as the SASB sector standards and the UN Sustainable Development Goals, and whether business models build in sufficient ‘optionality’ or resilience against climate-related uncertainties. These include, not just developments in technology and alternative fuels, but also potential decarbonisation of large sections of the supply chain, and exogenous factors such as carbon border levies or inclusion of shipping in the EU’s emission trading system. Implementing the internationally agreed recommendations of the Taskforce on Climate-related Financial Disclosures (TCFD) is considered best-practice for satisfying these stakeholder demands.

The transition to net-zero is gathering steam, driven by the growing importance of ESG on the one hand and technological developments in clean energy on the other. In the background, the IMO is working to nail down measures needed to achieve its 2030 and 2050 decarbonisation goals, goals which themselves now lag well behind many national commitments under the Paris Agreement and are therefore coming to be seen as insufficiently ambitious.

The hope in the industry remains that the IMO will be able to forge a multi-lateral consensus for an effective, global regulatory solution. But multi-lateralism is messy and rarely works well in a crisis. Imagine if the World Health Organization had been tasked with managing development of a COVID vaccine. We may still be waiting for agreement on how to allocate research funds, which governments would pay, and how the vaccine would be tested and distributed. Instead, in less than a year, biotech firms and universities around the world have risen to the challenge. Millions have already been inoculated.

Decarbonising shipping is, for now, a less acute crisis than the pandemic, but solving it requires action on a scale and in a timeframe that is unlikely to be achievable through the IMO. Instead, it will be forward-thinking companies taking commercial decisions based on robust analysis of climate-related risks and opportunities and driven by rapidly evolving ESG criteria that will be the means of marrying the industry with the net-zero goals demanded by stakeholders and which fixing the climate crisis requires.