More than 400,000 Filipino seafarers have been on edge since an audit conducted by the European Maritime Safety Agency, or EMSA, indicated that the Philippines has not been complying with international maritime safety standards. EMSA is charged with reducing the risks of maritime accidents, marine pollution from ships and loss of human lives at sea. 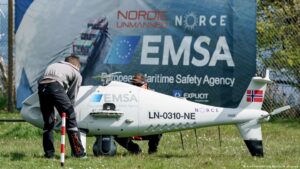 Earlier in 2022, the EMSA specified that the training and certification in Philippine maritime education institutions fell short of guidelines mandated by the International Convention on Standards of Training, Certification and Watchkeeping for Seafarers.

The European Commission will ultimately decide the seafarers’ fate following the EMSA audit. If the Commission upholds the findings, it may no longer recognize the seafarers’ competency certifications, which would prohibit them from working on European Union-flagged vessels — effectively leaving them jobless.

The Philippines could also end up being excluded from the International Maritime Organization’s “white list” of countries with seafarer employability. 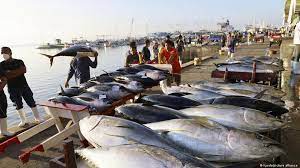 Celia Dejond, press officer for the European Commission, told DW that in case a withdrawal decision is adopted, existing seafarers certificates would only be recognized until they expire. The maximum period of the recognition of seafarers’ certificates is five years.

“Since the Philippines reply [to the audit findings] was very extensive, the European Commission services assisted by experts are still carefully analyzing it with the intention to finalize the process with a final decision possible by end of first quarter 2023,” said Dejond.

This waiting game is putting 23-year-old Jan Bren Fermin on tenterhooks. He told DW that since he was a little boy, he has dreamed of sailing the waters of Europe for a sense of wider adventure — not to mention the attractive pay and working conditions.

“It is so important that the country passes the European regulation requirements. If we don’t, I fear that international companies will no longer hire from the Philippines,” said Fermin. “I will lose my dream of someday becoming a captain on a European vessel.”

Nicanor Castro has crossed the waters of the globe for more than two decades. He’s been hearing about the European regulatory warnings for years and fears the possibility of suddenly not being allowed to sail.

“It shouldn’t have come to this, if the government had taken the warnings seriously and acted sooner,” Castro told DW.

Philippines warned about noncompliance for years

EMSA has been warning the Philippines about it noncompliance since 2006.

During a hearing in the Philippine Senate in October, Migrant Workers Assistant Secretary Jerome Pampolina warned that 2022 is the final year marked by EMSA for compliance and warned of a “domino effect” on other related maritime industries.

In November, Philippine President Ferdinand Marcos Jr. met with European Union transport officials in Belgium and assured them that the government is committed to addressing the flagged deficiencies and complying with European regulations.

Officials insist the government has taken consistent measures to improve maritime training and education and has significantly reduced the number of audit findings over the years.

“We have taken considerable efforts to show the country’s compliance with international standards, such as policy revisions and issuing standards and guidelines which are aligned with outcomes based education,” Cindy Benitez-Jaro, executive director of the Commission on Higher Education, told DW.

Samuel Batalla, officer-in-charge of the Maritime Industry Authority, said the exhaustive corrective actions presented by the Philippines in response to the audit “gives us the confidence that we can expect for a positive outcome.”

“As for expectations, we are always hoping for the best,” he said.

“The government has depended on private educational institutions to provide maritime education, but has not provided them with sufficient subsidies to upgrade their facilities to align with international standards,” said Edwin Dela Cruz, who oversees seafarer concerns for rights group Migrante International.

“The government makes so much money from seafarers. They need to at least provide them with up-to-date training and not stopgap measures.”

Data from the United Nations Conference on Trade and Development shows that the Philippines is the world’s largest provider of seafarers, followed by Russia.

An estimated 380,000 Filipino seafarers, or over a quarter of all global merchant shipping crew members, are deployed on domestic or foreign-flagged shipping vessels.

Figures from the Philippine Central Bank show that in 2021, Filipino seafarers sent home an estimated $6.54 billion (€6.15 billion) in remittances.

Filipino seafarers were among those most impacted by pandemic-related lockdowns, border closures and lack of international flights which left hundreds of thousands of seafarers stranded at sea, unable to be replaced or repatriated.

At the height of the pandemic in 2020, about 50,000 Filipino seafarers had been brought back home. According to government data, deployment of seafarers has only begun to return to normal last year.

“Seafarers — including Filipinos — have already suffered a lot during COVID. Further employment difficulties are not really what they need,” Jan Hoffmann, head of trade logistics at United Nations Conference on Trade and Development, told DW.