Despite a subsisting court ruling on the expiration of their tenure, embattled chairmen of committees of the Governing Council of the Council for the Regulations of Freight Forwarding in Nigeria (CRFFN) have vowed not to return their official vehicles to the Council. 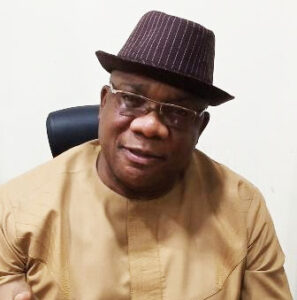 Recall that, the Federal High Court sitting in Abuja had dismissed a suit seeking for tenure elongation for members of the governing council

In the Certified True Copy of the judgment, which was officially obtained by Shipping Position Daily, the judge, Justice N.E Maha, dismissed the suit for lacking merits.

Our correspondent gathered that on the strength of the ruling the council had written the governing members and given them seven-day ultimatum to return the vehicle in their possession to the council.

But, sources at the CRFFN who pleaded anonymity informed our correspondent that the ex-council chiefs have yet to return the Toyota Hiliux vehicles that were given to them as heads of committees to facilitate their official duties.

A source disclosed that the embattled members have even converted the vehicles to personal use.

Shipping Position Daily findings revealed that many of them are not willing to return the vehicles as questions put to them were not responded to, while others promised to get back to the correspondent, but they never did.

For instance, when contacted, when confronted with the allegation, one of the beneficiaries and the President of the National Association of Government Approved Freight Forwarders (NAGAFF), Chief Increase Uche, told our correspondent that he was driving and he would get back to us later. After waiting three days, messages sent to him regarding the issue were also ignored, he also avoided all other calls by our correspondent.

He said, “the Registrar does not have power to give us instructions, we are his bosses as he is just an employee. He seems to be biting more than he can chew”.

While also responding to a question sent to him via WhatsApp, another member of the exgoverning council; Prince Adeyinka Bakare, simply said “The Registrar should finish the one he has first, it is beyond the registrar”.

On her part, Princess Chi Ezeh, one of the governing council members promised to get back to our correspondent but never did, despite messages sent to her.

However, when contacted the ex-Vice Chairman of the governing Council, Chief Henry Njoku, informed our correspondent that returning the official vehicles shouldn’t be an issue, stating that if the court has ruled that the tenure of the board is two and not four, he doesn’t see why any governing council member will refuse to return the vehicle, he however opined that perhaps they are willing to return it after the election.

“I don’t think that’s an issue, if the council have written to them to return the vehicles in their possession it means that their tenure has expired and I don’t see any big issue there, let them conduct the election, I believe the vehicles will be returned after the election” he said.