The Nigerian Export Promotion Council is implementing a N50bn Export Expansion Facility Programme as part of the Economic Sustainability Plan whose development and implementation is being led by the Vice-President, Prof. Yemi Osinbajo. 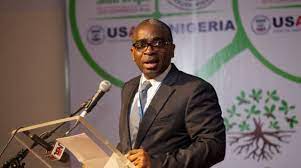 This comes following the official launch of the Trade Promotion Organisations under the auspices of Economic Community of West African States.

Presidency sources credited Executive Director /Chief Executive Officer of the NEPC, Mr Segun Awolowo, as saying the programme was geared towards increasing the volume of trade within the ECOWAS region with Nigeria poised to boost its non-oil exports.

The EEFP is a spin-off of the Zero Oil Plan developed by NEPC under Awolowo and approved by the President, Major General Muhammadu Buhari (retd.).

According to NEPC, the EEFP would see to the establishment of top-notch warehouses in the country close to airports where Nigerian goods meant for export would be packaged to global competitive standards ahead of their exportation.