The Federal Government has said it was working to establish three modular refineries in each of the oil producing states, particularly in the Niger Delta region. 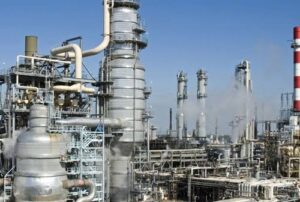 Going by the plan, the government would have to establish about 18 refineries in the country’s six major oil producing states in the Niger Delta including Rivers, Bayelsa, Akwa Ibom, Delta, Edo and Cross River.

It said the objective was to halt the illegal artisanal refining activities going on in oil producing areas and its impact on residents in the affected locations.

The Minister of State for Environment, Chief Sharon Ikeazor, disclosed this last week in a statement issued by her ministry in Abuja.

She said, “In a bid to find alternative sources of livelihood for artisanal refiners and to encourage them to disengage completely from their illegal activities, the Federal Ministry of Environment in collaboration with the Office of the Senior Special Adviser to the President on Niger Delta Affairs and other critical stakeholders, are working on the establishment of three modular refineries per state in the oil producing areas as a pilot scheme to engage them (artisanal refiners).

“These modular refineries are intended to be 100 per cent designed and manufactured in Nigeria using the expertise of government institutions such as the Ministry of Petroleum Resources, Federal University of Petroleum Effurun and Ahmadu Bello University Zaria.

She said the government would also train the artisanal refiners on environmental management, including skills required for oil spill management and remediation.

“The main objective is to enable those participating in illegal/artisanal oil refining to transit into operation of modular refineries to be run legitimately as a business under proper technical, commercial and environmental regulation,” Ikeazor stated.

She added, “It is also the intention of government that other artisanal refiners that cannot be absorbed in the pilot modular refineries will be congregated into business clusters and the Alternative Livelihood Fund in the Hydrocarbon Pollution Remediation Project be utilised to set up businesses for them, especially on the management on spent oil to engage them.

“These measures will help to drastically reduce the menace of artisanal refining, oil theft and pipeline vandalism to the benefit of our environment and bring prosperity to the oil host communities in the Niger Delta and to our nation at large.”

The minister noted that the menace of artisanal refining, oil theft and pipeline vandalism were largely responsible for the devastating degradation of the Nigerian environment, especially in the Niger Delta region.

“In fact, the much talked about Port Harcourt soot is caused by the activities of artisanal refineries due to the indiscriminate ‘cooking’ of stolen crude oil which releases very thick black smoke into the atmosphere, and later settles on surfaces as soot,” Ikeazor stated.

She noted that in order to address this issue, the National Oil Spill and Response Agency annually embarked on sensitisation campaigns to host communities in the oil producing states.

Ikeazor said the campaigns were through the agency’s disaster risk reduction programme that focused on the socio-economic implications of artisanal refining, oil theft and pipeline vandalism and the need to bring these illegal activities to an end.

“Similarly, the ministry has sought the support and collaboration of the Minister of Defence and the Minister of State for Petroleum Resources in tackling the menace,” she stated.