Freight forwarders operating in the Nigerian maritime industry insisted on Wednesday that they will embark on a strike next Monday, if the challenges with the newly introduced e-valuation are not addressed. 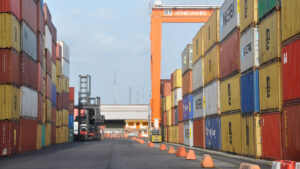 The freight forwarders operating at both Tin-Can Island Command and Ports & Terminal Multipurpose Limited Command of the Nigeria Customs Service had on Tuesday given Customs officers 72 hours ultimatum to address the challenges facing the e-valuation for imported vehicles.

The Central Bank of Nigeria had in a recent circular to all authorised dealers and the general public announced that it would begin e-invoice for imports and exports in the country from Feb. 1, 2022.

In a telephone conversation with our correspondent, the PTML Chapter Chairman of the National Association of Government Approved Freight Forwarders, George Okafor, lamented that the inability of agents to get the value of their imports on the spot had affected cargoes coming into the terminal.

He also said the terminal had stopped issuing valuation.

“The issue we are having now is this: since last week that the e-valuation took off, you can’t get value on the spot; it is e-valuation. Vehicle importation is going down, as at yesterday (Monday) at Grimaldi, it is only 180 Semi Knock Downs both containerised and vehicle and today we don’t know how many that would be declared because of this e-valuation,”

According to Okafor, vehicle values at the terminal are now higher.

“As at now, they don’t issue valuation again at PTML; whatever you want to do, you have to go to the system to get the value,” he said.

The PTML Chapter Chairman of the Association of Nigerian Licensed Customs Agents, Samuel Obey, said the duties on imported vehicles had been increased on the e-valuation platform.

He said, “We gave them 72 hours to reverse what they are putting in their system and the system is not working for now; that is our problem. The challenges are that if you put you Vehicles Identification Number in the machine, it will not come out and any one that comes out will bring a very high valuation.

“For example, what used to be N500,000 duty is now almost N2m when you go into the system. What they input in the system is higher than what we have been paying before. So, we are expecting them to know what to do.”

Obey expressed fear that importation might drop further if the situation was not properly addressed.

“On importation, I agree that importation is always lower in the first quarter of every year, but with what they are doing now, it may even drop to less than 10 per cent because of high valuation,” he said.

When contacted, the Public Relations Officer of TinCan Island Command of the NCS, Uche Ejesieme, expressed hope that all the challenges would be addressed, even as he warned freight forwarders to desist from taking the law into their own hands.

He said, “There are some teething challenges being currently experienced, and just yesterday (Tuesday), the stakeholders met with the Deputy Controller, Valuation on ways of mitigating whatever challenge that is being experienced. And we believe that these issues will be resolved.

“From the information we got through Intel, some stakeholders don’t seem to be comfortable with the new VIN valuation policy whereby once you insert VIN of any vehicle in the system, it automatically generates the appropriate duty for the vehicle. Some of them are also claiming that they weren’t given enough time before implementation.

“So, these are some of the issues. However, at Tin-Can port, the Customs Area Controller, Comptroller Kunle Oloyede, has advised stakeholders against taking the law into their own hands but rather remain on the side of continuous engagement with the appropriate authorities.”

Meanwhile, an attempt to get the reaction of the Customs Public Relations Officer, PTML Command, Mr Muhammed Yakubu, over the phone was not successful.