The Economic and Financial Crimes Commission (EFCC) has declared that evading the payment of Practitioners Operating Fee (POF) by any freight forwarder is tantamount to economic sabotage and that the act will be treated as such by the commission. 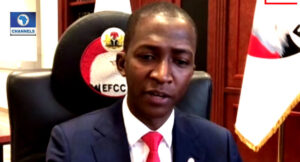 The EFCC, gave the warning last week at the sensitization at a one-day sensitization programmes with the theme “Simplified Terminal Operator’s Verification of Practitioners Operating Fee (POF) payment.

The POF is currently being collected by the Council for the Regulation of Freight Forwarding in Nigeria (CRFFN).

The EFCC which was represented by a top official; Mr. Mahmood Aliyu Ari warned freight forwarders and other stakeholders not to shortchange the Federal Government in the payment.

He disclosed that the Commission has had a meeting with the five accredited freight forwarding associations where it interacted with them.

He added that the Commission has the mandate to undertake regular inspection and verification of revenue accruable into government coffers from the POF. 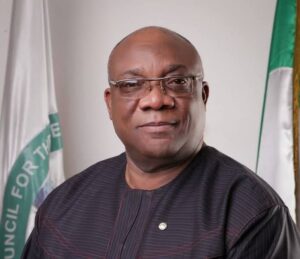 While noting that the Commission had recorded a very limited number of freight forwarders who registered with it under the EFCC’s Special Control Unit Against Money Laundering (SCUML), Ari noted that “we would continue to sensitize them; we are supposed to monitor their activities.

The EFCC official told participants at the workshop that, “going forward, we would be checking every document to see if they have pay POF. We are ready to synergies with CRFFN.”

Also speaking, Registrar of CRFFN; Barr. Sam Nwakohu said government has given the CRFFN an ultimatum to collect the POF from freight forwarders.

He equally affirmed that the Council was determined to ensure that all collection of POF was seamless, while carrying all stakeholders along.

Also, the CRFFN, at the sensitization programme demonstrated six steps on how terminal operators can verify POF payment by freight forwarders before issuing Debit Note for collection of their cargo at the ports.

Speaking during the workshop, the Registrar of CRFFN, who was represented by the Director, Regulation and Enforcement, CRFFN, Basil Oparah informed that the major aim of the workshop was to demonstrate the six steps on how terminal operators would verify POF payments by freight forwarders before issuing out Debit Note for collection of their cargo at the ports.

The Registrar, however, warned that it would be illegal on the part of freight forwarders not to pay and that the Federal Government had given the Council the mandate to collect the fee from the freight forwarders.

Earlier in his goodwill message, the Deputy Commissioner of Police (DCP), Western Ports, Adeleke Taiwo expressed satisfaction with CRFFN over its ability to organize the workshop noting that it would help to address a lot of issues around collection of POF and create more awareness.

He said that “It was indeed shocking for us to hear that freight forwarders have 15 representatives at the CRFFN Governing Board yet they regularly engage in squabbles with the Council. Port is a close community, we know ourselves, terminal operators, all the various government agencies know themselves and police is friend to those who are law abiding.”

While stating that the freight forwarders needed to be advised that they have to work in line with the law of federal government, he equally stressed that anybody that shortchanged the federal government is an economic sabotage.