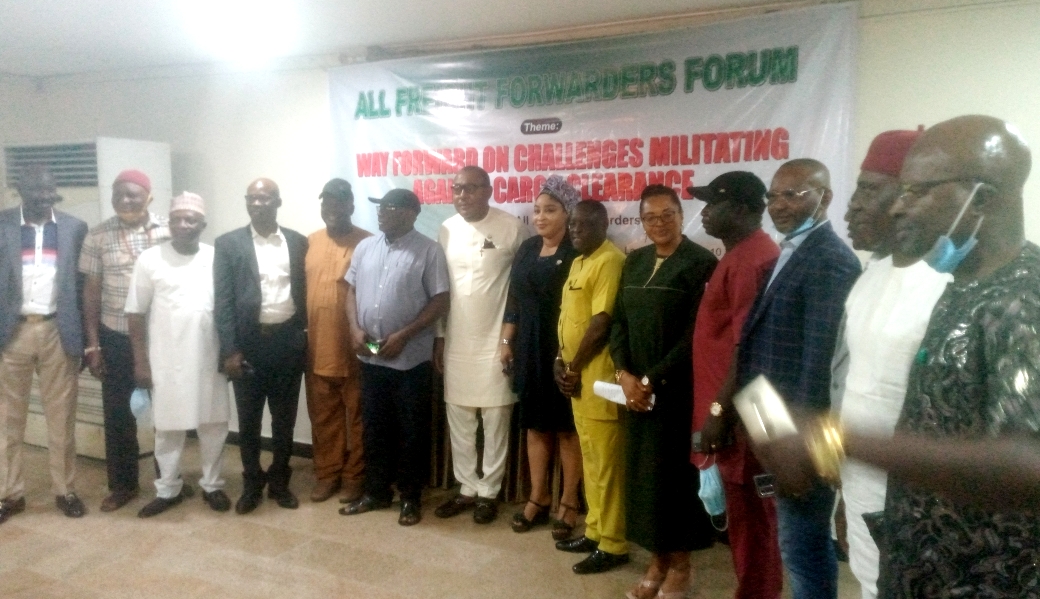 The five accredited Association under the Council for the Regulations of Freight Forwarding in Nigeria (CRFFN) have agreed go by the sharing formula of 6-6-1-1-1 in the forthcoming election of the council of CRFFN.

In the previous elections, NAGAFF had six slots, ANLCA had six slots, while NAFFAC, NCMDLCA and ARFFN had a slot each, which makes up the 15 elected members that will join the 17 Federal Government appointees that will form the new governing council of CRFFN.

The freight forwarders and customs brokers under the umbrella body of All Freight Forwarders Forum (AFF), unanimously agreed to the sharing formula, this is even as they stated that, apart from the agreed representations from the five associations, no other candidate should be allowed to contest the Council’s board elections.

The Forum nursed the fear that the Government may hijack the Council for the Regulation of Freight Forwarding in Nigeria (CRFFN), if the registered associations refuse to put their house in order.

The freight forwarders also stressed the need for all registered associations under the CRFFN to speak in unity, as part of measures to address the bottlenecks militating against cargo clearance at the seaports.

They also proposing that CRFFN comes to Lagos instead of Abuja to conduct the governing council elections due to the security challenges in the country.

Speaking earlier, the National President, ANLCA, Mr Tony Nwabunike had expressed worries over alleged moves by the government to hijack CRFFN, while stating that the associations will not fold their hands and allow the freight forwarding sub sector to collapse in the hands of government.

He however assured that the marriage among the five associations will not be broken, this is even as he said the associations will work out modalities on how to improve on port efficiency in promoting ease of doing business in cargo clearance.

Speaking also, Founder of NAGAFF, Dr. Boniface Aniebonam called on stakeholders who are yet to register with any of the accredited associations with CRFFN in the sub sector to do so in line with freight forwarding regulation mandates.

He asserted that postponement of the screening of candidates without informing the candidates nor the associations is a prove of unpreparedness on the part of the committee to handle the task, while expressing doubt on the capability of the committee to conduct a credible election into the Governing Council of CRFFN.

“What they need to do now is to convene another emergency, stakeholders meeting. When you convene such meeting, that is when whoever that represents Honourable Minister or he himself will now come and ask the freight forwarders; the owners of the Act, we want to conduct election, we did it the other time it was peaceful, is there any amendment to be done in the old one? Just listen to them, after then, you go and formulate the policy,” he said.

Also speaking, Chairman Board of Trustees, NCMDLCA, and former President ANLCA, Dr. Rauf Ladipo called for equity and fairness in the forthcoming CRFFN election, this is even as he suggested a an elders committee be put in place that will look into ways of resolving various issues in the industry. He noted that the collaboration of the associations to grow the freight forwarding sub sector of the maritime sector was long overdue.

On his part, NAFFAC President, Prince Adeyinka Bakare, asserted that the maritime sector is as much important as the oil and gas industry, while urging that there is need for all the freight forwarders to stand up and speak with one voice.