The Director-General of Nigeria Employers’ Consultative Association, Mr Adewale Oyerinde, has said subsidy will die a natural death if the country’s refineries were functional. 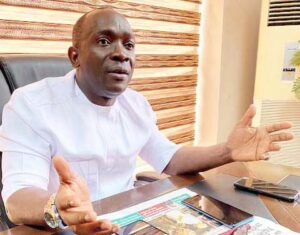 Speaking at a press briefing in Lagos, he argued that the country has the capacity to refine petroleum products that would meet its daily need, if the local refineries were functional and complimented by the Dangote Refinery.

He said, “15 to 25 years ago, I am not sure we were having conversations about subsidy, because subsidy was not present. We were not importing as such. Three or four refineries were working optimally and it was taking care of the local consumption of fuel.

“At that point those refineries started having self-inflicted problems, self-destructive tendencies and we do turnaround maintenance that does not maintain the refineries and progressively importation became the option.”

According to him, if the refineries were working, the country would probably not import fuel.

“We will probably be thinking of exporting now with the Dangote Refinery also coming up. Therefore, we are dealing with the issue of subsidy because we import fuel for local consumption.

“Our position is this, subsidy is not sustainable. There was a recent report that projected that by the end of year 2023, subsidy might run to N11tn. No country in the world is arguably subsidising anything to the tune of N11tn. The whole of our budget deficit this year is almost N9tn. Next year, the subsidy alone will hit close to N6tn,” Oyerinde claimed.

He called on the government to fix the local refineries, asking it to explain the turnaround maintenance done of the refineries.

He said the government should ask those paid to carry out turnaround maintenance on the refineries but did not do so to refund the money they collected.

“Anybody that has collected money but has not done the job should be prosecuted.

“Once the refineries are working complimented with Dangote’s refinery, we would probably not have any business subsidising fuel,” Oyerinde asserted.

According to him, if the country were saving N6tn yearly, it would have a positive impact on its infrastructural development.

“You can imagine what N6tn will do for us. That N6tn is what we are only using to fund consumption. It is consumption that is not productive,” he stated.

Read Also:  VESSELS EXPECTED AT LAGOS PORT AS AT SATURDAY 2022

He expressed worry over the disagreement between the NNPC and customs over the volume of petrol consumed daily in the country.

“There was a time that a CBN official went to represent the governor at the National Assembly. They also questioned him about the amount spent on subsidy. These are very top-ranking officials of the government that have information that we do not have. They have raised very fundamental issues that bother on the integrity of everybody in that value chain,” he mentioned.

He argued that the integrity of the Group Managing Director of NNPC, those working in the downstream sector and the Nigerian Customs Service is at stake.

He called the government to set up a panel of enquiry to ascertain the daily petrol consumption of the country.

“Let us fix our refineries and let us remove subsidies. It is not rocket science. If an individual can build a gigantic refinery in three years, we do not have any reason not to fix ours,” he queried.