South Africa, one of the world’s biggest citrus exporters, will voluntarily stop shipments of valencia oranges to the European Union (EU) from areas affected by a fungal disease, the citrus growers’ association has said. 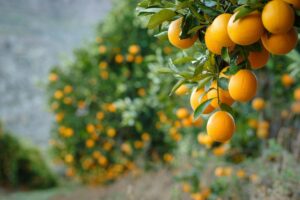 The decision to halt exports to the EU comes after 10 incidents in which the fungal disease was detected on South African citrus, Citrus Growers’ Association (CGA) Chief Executive Justin Chadwick said in a statement.

Chadwick said the voluntary decision was meant to safeguard South Africa’s long-term access to the EU, its biggest export market, which accounts for over 40% of orange shipments and 27% of soft citrus, according to South Africa’s National Agricultural Marketing Council.

“With a month left of the current export season, the CGA and the Fresh Produce Exporters’ Forum boards have taken the decision to voluntarily close the export of Valencia oranges from Citrus Black Spot affected areas in South Africa to the EU starting from the 16th of September 2022,” Chadwick said.

South Africa’s citrus sector, which generates 30 billion rand ($1.73 billion) in annual exports and employs 130,000 people, has this year struggled with high costs for fuel, fertilizer and shipping, as well as rule changes implemented by the EU in June.

The EU implemented new phytosanitary rules requiring enhanced cold treatment for orange imports from Africa, amid concerns over the False Coddling Moth (FCM), a pest that affects citrus fruit. The move disrupted shipments from South Africa, which initiated a dispute settlement case at the World Trade Organisation (WTO) over the matter.

The dispute was eventually settled after negotiations by the two parties, clearing 1,350 shipping containers of citrus fruit stuck in EU ports for weeks.