The Minister of State for Transportation, Ms Gbemisola Saraki, is to chair the Lagos State National Transport Technology Conference and Exhibition (NTTCE), aimed at integrating all means of transportation into greenhouse energy. 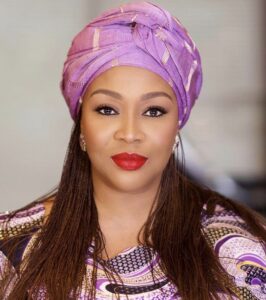 The Commissioner for Transportation, Dr Frederic Oladeinde, made this known during

a media briefing on the forthcoming National Transport Technology Conference and Exhibition (NTTCE), held in Lagos on Monday.

He said that the Governor of Lagos State, Mr Babajide Sanwo-Olu, would be participating in the conference, where panelists drawn across the sector would examine the theme: Multimodality and Accessibility – Achieving a Greener Transport System In Nigeria.

Oladeinde said that the Lagos State Government had already integrated this in ticketing means of transportation, with the introduction of the cowry cards which could be used to board both water and land transportation.

He said that the conference would give opportunities to the regulatory agencies to provide solutions to the challenges of time reduction for transporting from one place to the other within the state.

“Very soon the state will have an integrating App that will include rail, land and water transportation which will give residents options while technology play a key role in doing that.

“We are working toward getting alternative source of power by using charged electronic batteries which can last for 24, 48 and 72 hours depending on what we go for.

He said that the maiden edition of the Conference and Exhibition, a two-day event, is scheduled to hold on June 7 and June 8, at Eko Hotel and Suites in Lagos.

The commissioner explained that NTTCE, organised by Nigeria Transport Commissioners’ Forum with the support of the Federal Ministry of Transportation, would feature transport technology and investment opportunities in line with world best practices.

Oladeinde said that experts and operators in the road, rail, water and air transport sectors would be in attendance to discuss the current and emerging trends in the smart transportation infrastructure.

Oladeinde said that discussions would be geared towards improving efficiency and sustainability of transport technology solutions in Nigeria for proper implementation and development.

He said that searchlight would be beamed on the road transportation sector which was perceived to have been ignored, and solutions would be proffered to issues faced daily by the operators and users alike.

Oladeinde said that challenges which include but not limited to traffic congestion, road accident, parking problems and environmental pollution would also be critically analysed.

The Secretary of Nigeria Transport Commissioners’ Forum, Mrs Chinwe Uwaegbute, said technology would be identified as a way forward to the improvement of safety, security and revenue generation within the transport sector.

Uwaegbute said that Lagos State was strategic in terms of transportation sector.

She said that Lagos had done well, compared to other states, in ensuring that Lagos residents got affordable means of transportation.

She said that Lagos State was chosen to set the pace for other states in terms of policy drafting and implementation within the sector.

Uwaegbute said that the event promised to be all-inclusive, as it sought to galvanise players within transportation and technology sectors and fashion out workable action plans that would benefit Nigerians.

In his closing remarks, the Permanent Secretary, Ministry of Transportation, Mr Kamal Olowoshago, commended Gov. Sanwo-Olu for giving the ministry an opportunity to improve transportation system in the state.

Olowoshago said that the conference would go a long way in eradicating traffic congestion in the state.