Investigations by Shipping Position Daily newspaper have revealed that several yuletide cargoes destined for markets across the country are presently trapped at Apapa and Tin-Can Island Ports due to the failure of the Nigeria Customs Service (NCS) internet server. 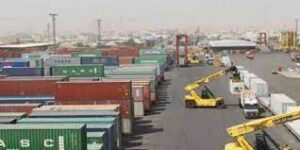 This has however, created apprehension among clearing agents operating at the ports who have not been able to carry out their business activities since Monday.

Checks by Shipping Position Daily confirmed that Customs server breakdown has become more frequent of late and it has become a major bottleneck in cargo clearance at the ports in Lagos.

The server failure, which has been blamed on the inefficiency and ineptitude of the service provider, Webb Fontaine, reportedly made capture of information and release of cargoes a herculean task.

However, since the breakdown of Customs’ server hampers trade by causing delay, and in turn, compelling importers to pay millions of naira as demurrage to shipping companies, and storage to terminal operators, clearing agents have consistently called on the Federal Government to replace the service provider, Webb Fontaine because of ineptitude.

Also, the breakdown of Customs server affects the revenue generation drive of the various commands of the Service.

According to her, importers have kept accumulating demurrage and storage charges on their consignments.

“We have been idle since yesterday, we can’t do any job because Customs cannot release any job. There is no server to log on to for the job to be released,” she said.

She further said that the frequent server breakdown is one of the causes of port congestion.

“With no service today (Tuesday), consignments that are supposed to be delivered today will not and we will have to start paying demurrage. The money that is supposed to be used for another job will still be used on a job,” she stated.

He, however, called on the government to withdraw the contract from Webb Fontaine saying they are not capable.

His words: “This is what we have been saying, this is not the first time we are experiencing server failure, and I won’t blame the handlers but I blame the federal government and the state government who give them the contract. Of course, they are not capable of handling this contract, and the loss we bear it’s huge, I can’t quantify it, this is what cannot happen in other climes because they will have to pay for the loss. It’s a pity we find ourselves in this mess and government should be blame,” he said.