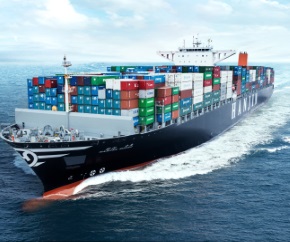 UNSEAWORTHINESS – The state or condition of a vessel when it is not in a proper state of maintenance, or if the loading equipment or crew, or in any other respect is not ready to encounter the ordinary perils of sea.

US EFFECTIVE CONTROLLED FLEET – That fleet of merchant ships owned by United States citizens or corporations and registered under flags of convenience or necessity such as Liberia or Panama. The term is used to emphasize that, while the fleet is not US-flag, it is effectively under U.S. control by virtue of the ship’s owners and can be called to serve U.S. interests in time of emergency. U.S.-flag vessels are registered in the United States and are subject to additional U.S. laws and regulations to which foreign-flag vessels are not. They must be owned by U.S. citizens, corporations, or governments and must be crewed mainly by U.S. citizens.

VLCS – Very Large Container Ship – a container vessel able to carry 8000 and more TEU. By mid 2007 a number of VLCS ships had a reported capacity in excess of 13,000-TEU.

VOYAGE CHARTER – A contract whereby the shipowner places the vessel at the disposal of the charterer for one or more voyages, the shipowner being responsible for the operation of the vessel.

WATCH – The day at sea is divided into six four-hour periods. Three groups of watchstanders are on duty for four hours and then off for eight, then back to duty. Seamen often work overtime during their off time.

WAYBILL – A non-negotiable document that acts as a receipt for the goods and evidence of the contract of carriage.