This glossary of maritime terms is offered as an aid to better understanding what is meant by those who make their living from ports and ships. 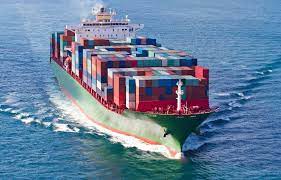 ILO – International Labour Organization; Based in Geneva, it is one of the oldest components of the
UN system of specialized agencies and has been involved over the years in appraising and seeking to improve and regulate conditions for seafarers. In its unusual tripartite way, involving official representatives of government, employer and employee interests, its joint Maritime Commission have been responsible for regulations involving the employment of foreign seafarers with regards to the application of minimum labour standards, on crew accommodation, accident prevention, medical examination and medical care, food and catering and competency of ships’ officers.

INERT GAS SYSTEM – A system of preventing any explosion in the cargo tanks of a tanker by replacing the cargo, as it is pumped out, by an inert gas, often the exhaust of the ship’s engine. Gas-freeing must be carried out subsequently if workers have to enter the empty tanks.

INTEGRATED TUG BARGE (ITB) – A large barge of integrated from the rear on to the bow of a tug purposely constructed to push the barge.

INTERMODALISM – The concept of transportation as a door-to-door service rather than port-to-port, using different forms of transportation, i.e. trains, ships, road but usually with a single carrier.

INTERNATIONAL LOAD LINE CERTIFICATE – A certificate which gives details of a ship’s freeboard and states that the ship has been surveyed and the appropriate load lines marked on her sides. The certificate is issued by a classification society or coastal authority such as a coast guard.

INTERNATIONAL OIL POLLUTION COMPENSATION FUND – An inter-governmental agency
designed to pay compensation for oil pollution damage, exceeding the shipowner’s liability. It was created by an IMO Convention in 1971 and began operations in October 1978. Contributions come mainly from the oil companies of member states.

INTERNATIONAL WATERWAYS – Consist of international straits, inland and interocean canals and rivers where they separate the territories of two or more nations. Provided no treaty is enforced both merchant ships and warships have the right of free and unrestricted navigation through these waterways.

INTERTANKO – An association of independent tanker owners whose aims are to represent the views of its members internationally.

Different Parts Of Ship And Their Functions (2)

Different Parts Of Ship And Their Function