The International Chamber of Shipping has proposed a detailed plan for a global levy on carbon emissions from vessels with an aim to accelerate decarbonisation. 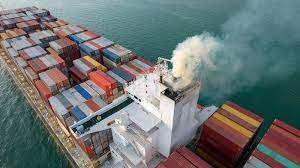 According to Ship Technology, the ICS submitted the plan to the International Maritime Organisation, calling for an internationally accepted market-based measure to expedite the usage of zero-carbon fuels.

The proposal has been supported by Intercargo, the trade association for dry cargo shipowners.

According to the proposal, the levy will be based on mandatory contributions by vessels, exceeding 5,000 gross tonnage and trading internationally, for each tonne of carbon emitted.

The collected money would go into an ‘IMO Climate Fund’ and be utilised to establish the bunkering infrastructure at ports worldwide to provide green fuels.

This move is aimed at developing a market that can make zero-emission shipping feasible.

The ICS also hit out at unilateral, regional application of MBMs, such as the EU’s proposal to extend the bloc’s emission trading system to shipping.

According to the ICS, a ‘piecemeal approach’ to MBMs will ‘fail to reduce global emissions from international shipping to the extent required by the Paris Agreement, whilst significantly complicating the conduct of maritime trade’.

The framework proposed by ICS would be based on the mechanism that has already been suggested by governments for a separate $5bn research and development fund to push the development of zero-carbon technologies.

Read Also:  Africa Left Behind In COVID-19 Vaccine Administration – WHO

Its Secretary-General, Guy Platten, said, “There’s no question that improvements in technology can enable the transition to zero-emission shipping.

“However, huge leaps must still be taken if we’re to achieve the readiness levels needed for deployment at scale. This includes building the necessary infrastructure to support such a transition.

“We need to be able to put zero-emission ships in the water by 2030 without challenging price and safety issues.”

He added if the IMO lent its backing to the proposal, the organisation may be able to change this and deploy technologies economically and equitably.