The Ijaw Diaspora Council (IDC) has advocated a review of the Petroleum Industry Act to raise the host community fund to 10 per cent and put its management in the hands of oil communities. 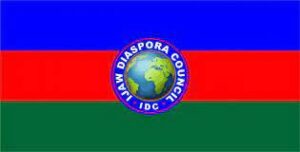 According to a statement by Prof. Mondy Gold, President and Dr. Edward Perekebina Agbai, General Secretary of IDC, its board arrived at the decision among others, after a meeting on July 23 which reviewed current developments at home.

“On the Petroleum Industry Act, the board frowned at the three per cent of operational expenses allocated to the Host Community Trust Fund for the oil bearing communities and advocated that it be reviewed to 10 per cent.

The Ijaw Diaspora Board also demands that the various organs envisaged under the Petroleum Industry Act (PIA) for administration of the Host Community Fund be inaugurated.

“However, the Act should be swiftly amended to put indigenes of host communities in charge of them, rather than the current provisions that vest the powers of appointment and control of the Host Community Fund structures in the operating companies.

He said the Act left the destiny of host communities to the whims and caprices of oil companies who were mere tenants.

“The Ijaw Diaspora seeks the speedy amendment and implementation of these provisions through the establishment of the Host Communities Development Trust to aid in developing the economic and social infrastructure of communities in petroleum-producing areas such as the Niger Delta,” the statement said.

The IDC recommended establishment of Decommissioning and Abandonment Fund (DAF) to maintain and manage the Licensees and Lessees to be held by reputable financial institutions in an escrow account.

IDC criticised the recent Marginal Fields bid round and award, without first addressing the continuing environmental devastation of the Niger Delta by the oil industry.

IDC urged the commencement of the Oloibiri Museum and Research Centre, in recognition of the piooneer oil and gas town in the nation.

On the Nembe-Brass road, the group applauded the Bayelsa Government for kick-starting the project, adding that it should be completed by the Federal Government, using the taxes credit option from oil and gas companies, particularly Agip.

The Ijaw group also demanded the relocation of the Presidential Amnesty Programme from Abuja to Bayelsa State.

They urged Ijaw political leaders to close ranks and go beyond party lines and stand in unity in the overall interest of Ijaws and jettison egocentric unsolved grievances and fragmentation in the Ijaw area.