The Ijaw Youths Council (IYC) has berated the Nigerian National Petroleum Corporation over its planned reconstruction of 21 federal roads across the country. 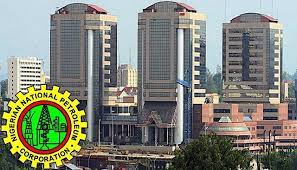 Recall that the Federal Executive Council has approved for the NNPC to take over the reconstruction of selected 21 roads covering about 1804.6km across the country, at the sum of N621.23billion.

Reacting on the development, IYC threatened resumption of agitation over the exclusion of Bayelsa State from the planned 1804.6km road construction to be undertaken by NNPC.

IYC President, Comrade Peter Igbifa, said the development will institutionalised corruption in NNPC as there will be no entity to checkmate the corporation since it was now a limited company.

Igbifa particularly kicked against the exclusion of Bayelsa State among the roads to be reconstructed by NNPC.

He wondered if Bayelsa was not an oil producing state, warning that the people would agitate against exclusion of the state, by a corporation whose revenues were generated from the same state.

“This development will help NNPC to steal well. This is the time for them to steal properly because who will keep the books of record? Who would do it now? Who will question NNPC?

“They are to spend over N600billion on roads, who would check the account book? Who will monitor them? Who will supervise what they are doing? They will write one hundred and something kilometers to be done and they would do only a few.

Read Also: QUESTION OF THE WEEK: Who are seafarers?

“There is a coup against the economic home of this nation, this thing must be stopped and this particular one, we have taken a decision that in no distant time, we are going to call for a strong situation where we will agitate over this issue.

“Our prayer is that God that is helping us not to agitate with arms, should continue to help us because this anger is rising beyond control.”

The youth leader also lamented that the current economic and security situation in the country was not palatable, warning that the ordinary citizens may be forced to revolt if things continue the way they are.

“All of us in this country must now live with conscience. The youths are those who I have seen that have the greatest conscience but unfortunately they are the most oppressed.

“The other section of people in this country that have had enough conscience and have borne the pain of Nigeria are the women. There is no proper policy in place for them, no policy statement from this government. They’ll say gender equality, it’s a lie. Once it’s not a reality, it’s a lie. It’s better not to say it than not do it.”