Piracy and armed robberies of ships and their crews reached a nearly 30-year low during the first nine months of 2021, according to the latest update from the ICC International Maritime Bureau (IMB). The organization, which has been a single point of contact for the reporting of maritime piracy and armed robbery, however, is cautioning against complacency saying that efforts must continue to combat crime and highlights a few areas of increased danger. 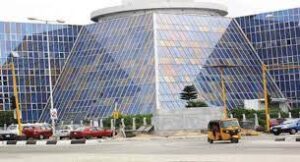 Reports of crew kidnappings in the Gulf of Guinea have also dropped with only one crew member kidnapped in Q3 2021, compared to 31 crew members taken in five separate incidents during Q3 2020. The organization also reports that all Q3 incidents in 2021 were also against vessels at port anchorages compared to Q3 2020 when the average successful kidnapping was approximately 100 nautical miles from land.

“We welcome the decrease of piracy and armed robbery attacks in the Gulf of Guinea and the efforts taken by maritime authorities in the region,” said Michael Howlett, Director, ICC International Maritime Bureau. “However, there needs to be sustained efforts to ensure the continued safety of seafarers as they transport essential goods throughout the region. Coastal States must redouble their coordination and security measures to ensure that piracy and armed robbery incidents continue to decline.”

While the report highlights strong improvements in some of the most difficult areas in the past, it also notes worrying signs in Singapore Straits and concerns off the coast of Peru. The Singapore Straits reported 20 incidents of armed robbery, the highest number recorded since 1991. Reported incidents are up from 15 in 2020 and just one incident in 2019. While these attacks are low-level and opportunistic, IMB warns that the perpetrators pose a direct threat to seafarers and vessels underway. In four incidents, crew were either threatened, assaulted, or injured.

The Callao Anchorage in Peru is another area that has witnessed an increase in piracy activity with 15 reported incidents in 2021, the highest number since 1991. As with the Singapore Straits, these incidents are low-level thefts with knives being reported in 60 percent of the incidents. IMB, however, warns that attackers in the region possess the capacity to carry out violent attacks. Three crew were taken hostage and one each was assaulted or threatened during the first nine months of 2021.

Globally, the trend how shows strong progress with a total of 97 incidents of piracy and armed robbery for the first nine months of 2021, down from 132 a year ago. The 2021 level is the lowest reported incidents since 1994. The 2021 report, however, says that 85 of the incidents were vessel boardings, while nine additional attempts were made and two vessels were fired upon. Only one vessel was hijacked in the first nine months of 2021.

While reported incidents are down to their lowest level in decades, violence against seafarers nonetheless continued. A total of 51 crew were kidnapped, eight taken hostage, five threatened, three injured, two assaulted and one killed, according to the latest IMB statistics.

Bulk carriers reported the highest number of attacks at 34 incidents in the nine months, but tankers and containerships were equally victims with between 22 and 24 attacks reported on each category of shipping. Similarly, the report says that anchored vessels were slightly more frequently the target of the attacks with 50 incidents versus 40 for vessels underway. Only seven vessels at berth reported attacks.

Despite these gains, IMB warns that the risk to crew remains high especially in regions such as the Gulf of Guinea. They highlighted the effort to sustain the current efforts as well as the ongoing need for timely reporting of all incidents.