Home » Importer Of Record In Shipping: All You Need To Know

Has your cargo from overseas been stuck at the customs because the documentation or the legalities was incomplete or done up incorrectly? 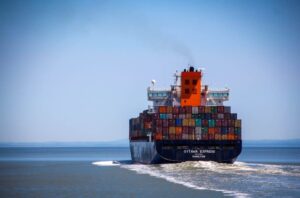 Importing goods is a specialized field that can often be complicated. Documentation and compliance with legal formalities play a very important role in the timely sailing of goods from the port of origin and their clearance at the port of discharge.

It is the collective responsibility of the exporter, the importer, or an appointed third party to ensure that all rules and regulations have been followed while exporting the goods and receiving them at the destination port.

Documentation requirements for shipping vary between countries and each of these parties needs to be alert to changes in requirements.

An Importer of Record (IOR) is usually an organization comprising of legal and logistics experts in the field of import of cargo from other countries.

They are consultants who can advise the importer on the different customs rules and regulations that have to be followed to import goods and to get them cleared by the customs. IOR also arrange the logistics of storage and transport for delivery to the buyer.

In a country like India, most goods that are not banned from import, according to government policies and the law, can be imported under the Open General License (OGL). However, there are goods that may have other licensing requirements that require extra documentation for their import. This is where an importer of record can help importers.

Normally, IOR is an expert in specialized goods and each importer of record may cater to a specific industry or in some cases industries.

Role of an Importer of Record

The importer of the record plays an important role in controlling the import of banned substances and materials as well as in the payment of the correct customs duties – following the right tariff, and other fees to the government. As such, they are responsible for the import and payment of all related duties and fees on behalf of their customers.

An IOR gets the right documentation from the exporter so that the goods can be imported to and cleared at the destination country.

They verify the accuracy of such records and then apply for the necessary import permit. The customs clearance is then arranged by submitting all the necessary paperwork and payment of the correct duties and fees.

The IOR identifies the merchandise correctly and applies the right customs duty and taxes for payment. In most cases, the ownership of goods is transferred temporarily to the importer of record. Thus, the importer of record assumes the responsibility of the goods until it is cleared by the customs and handed over to the actual owner at an agreed location.

The importer of record may also have the responsibility of arranging the logistics of the goods for delivery to the buyer.

Communication between the IOR, the seller, and the buyer is vital here for gathering all the necessary details for the import of the goods

Temporary Transfer of Ownership of Goods

When does the ownership of goods pass on to the importer of record? This usually happens at the port of origin when the goods are put on board a ship for transport. However, it varies from case to case depending on the agreed Incoterms® between the seller and buyer. For example, what is mentioned above is in the case of FOB shipments.

This temporary transfer of ownership lasts till the goods are handed over to the final owner of the goods.

The Main Responsibilities of an Importer of Record

An important responsibility of the IOR is to effectively communicate with the exporter and the importer. The importer of record has to ensure that the exporter has submitted all the right documents that are in compliance with the existing government regulations especially of the importing country, to affect the export and import.

They have to correctly classify the goods that are being imported. A wrong classification can often mean overpaying or underpaying the duties and taxes.

The duties, taxes, and fees have to be assessed and calculated correctly based on the classification of the goods and paid to the relevant authorities.

The IOR has to ensure that the latest and the correct tariff database has been followed while calculating the duties, taxes, and fees. Classification of goods should also be according to the latest publication of the Harmonized Commodity Description and Coding System.

Based on the classification of goods, the IOR may have to obtain a special license or authorization from the relevant authorities for the import.

The importer of record will be responsible for ensuring that all national, as well as local laws, have been followed to import the goods. He has to keep all the records of imports that he has carried out for a stipulated period (normally for 5 years) and, these may be subject to audit by various government agencies.

Failure to follow these responsibilities may result in fines or penalties on the IOR or even confiscation of the goods.

Are Importers of Record Really Required to Import Goods?

A consignee in an import transaction is the one to whom the goods are ultimately delivered. The consignee may or may not appoint an importer of record for the import and clearance of the goods, instead opting to handle the documentation and legalities himself.

If the term of a first-time import is door-to-door, all the more reason to have an IOR who can arrange the necessary permits and prepare the paperwork for its smooth customs clearance and delivery.

It must be noted that some exporters are also importers of record. With their expertise in exporting their products and the associated logistics, they can easily arrange for the clearance of the cargo at the port of discharge and get it delivered to the buyer.

Typically, an Importer of Record may charge a percentage of the total value of goods being imported, though it may vary between different countries.