The immediate past Executive Secretary of the Nigerian Shippers’ Council (NSC); Barr. Hassan Bello has lamented that despite the reforms and expectations following the 2006 port concessioning, the ports are still faced with inefficiency in operations and delays resulting in high cost, which makes ease of doing business difficult. 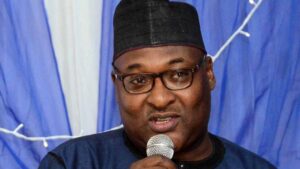 Bello while delivering a keynote paper with the theme: “16 Years of Port Concession: The Pains and Gains.” At a recent event in Lagos, noted that lack of transparency on charges, rent and demurrage as well as hidden charges have led to compromised cargo clearance procedures; manual processes and delayed cargo dwell time at the port.

The former NSC helmsman explained that ports play significant roles in a nation’s economy such as, linking local to international economy, source of revenue to government, increase international trade, employment and wages, reduction of transport cost, enhancement of direct foreign investment, aid diversification from mono economy and a stimulant to increase production and industrial output.

He however said while the government went into port concession to address the several challenges that bedevilled the system, most of the issues still persist, thereby hindering the nation from reaping the benefits of the reform.

He explained that the government went into port concession because the port sub-sector was not contributing sufficiently to the economy, while the entire port system was not well run and was characterized by blatant inefficiency in operations, unbridled corruption and lack of conscious linkage with others sector of the economy.

Bello said the government had policy somersault and did not meet the infrastructural needs of the maritime sector, adding that there was no planning, projection and sense of linkage/connectivity, alongside opaque regulatory framework.

He said the country’s ports could not meet up with the maritime demand of the domestic economy and international community, hence, the reform became necessary to maximise economic benefits derivable from the maritime sector.

He, however, said that some reforms are substantial, deep rooted and impact meaningfully on the society, while some are narrow, haphazard and lack depth, thereby, bringing more confusion than the condition they seek to change.

He said the government carried out reforms to structurally determine the model of port administration, hence, adoption of the landlord mode and transfer of port ownership and operation to the private sector within a specific time.

He informed that this was done with the hope of having an efficient port system acceleration, that would link the country to the world economy, thus, opening up markets and opportunities, international trade and earnings, more throughput translating to employment, wages and productivity, reduced transport cost and less inflationary trends.

Read Also:  Why Nigeria Is Yet To Commence Trading On AfCFTA Platform – Officials

Others are easing financial burden on the government (national budget), lower freight cost for shippers, exporters and importers as well as cheaper cost of imported goods among other quantifiable benefits.

To maximize gains of port reform, Bello, however, said the Federal Government must provide conducive operating procedure, ease the cost of doing business and fight debilitating corruption that threatens to put a brake on reforms.

He said the government must perform its part as a major driver of the reform by building and enhancing critical transport infrastructure on which the port reform is anchored to have greater influence on the economy.

Bello also stressed that regulatory institutions must be assigned specific roles, noting that the involvement of stakeholders is necessary, not only in drafting agreements, but in monitoring the tenants of the agreement.

The former NSC helmsman called for a review, enactment and guiding reform bills like: Port and Harbour, National Transportation Commission, Nigeria Railway and National Inland Waterways Authority, among others, that have been abandoned at the National Assembly and the Presidency.