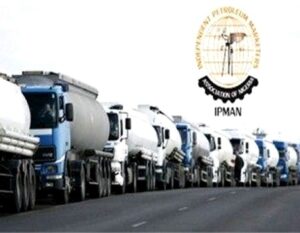 Ebele, who expressed the worry in a statement in Port Harcourt, said that the strike if not stopped might lead to queues at fuel stations and dispensing outlets in the state.

He said that the strike was caused by a misunderstanding that ensued when the content of two fully-loaded trucks of petroleum products impounded by the security operatives got missing.

“I want to state that about two months ago, two trucks suspected to have been loaded with adulterated petroleum products were impounded by security operatives.

“The trucks were, however, shifted to the security base while samples were also collected for further laboratory analysis.

“After the analysis, it was confirmed that the suspected products were actually legitimate products and not adulterated as claimed by the security personnel.

“On that note, the owners of the products were invited to claim their goods but when they got to the security base, the two originally fully-loaded trucks were found empty,” he explained.

The chairman said that due to inability to explain the disappearance of the products from the tankers, the PTD declared a state wide shot down on operations.

“PTD has declared that no truck is permitted to load or convey petroleum products in any depot within the state pending replacement of the alleged missing products,” he said.

Ebele said that at present, IPMAN was dispensing reserved products to fuel stations and might run short of products if the situation lingered.

“We are still selling petroleum products at the various filling stations and outlets for now and from all indication, these outlets are beginning to run out of stock.

“The result is gradually leading to build up of queues across petrol stations at the moment.

“My worry is that if nothing is done to call off the strike in the shortest time possible, it may expose consumers to untold hardship,’’ he warned.

Ebele, however, said that there was no need for panic buying because necessary steps were being initiated to end the strike as soon as possible.